Just recently, the annual statistics on the worst states for drivers during the Thanksgiving and Christmas holiday season were released by ValuePenguin, an online source for financial information including auto insurers, with Mississippi leading the way followed by South Dakota, Louisiana, New Mexico, and Alabama rounding out the worst 5.  How can this information help us the rest of the year? 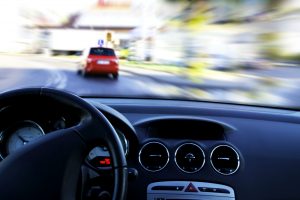 It may be surprising to some of us Bay State motorists who often deal with insane drivers on the turnpike and other roads that Massachusetts ranked 49th. We were only beaten out by Rhode Island and New York as the safest states as Washington D.C. was included in the statistics. But before we get too complacent and pleased with ourselves, remember that Bay State drivers are among the worst for using seatbelts. We hope that recent legislation making failure to wear a seatbelt a primary offense now will lead to increased compliance. This means that a traffic officer can now stop and cite you for simply failing to buckle up rather than having you commit some other traffic violation first.

Why Mississippi? Being the poorest state in the union may be a prime factor since the state has fewer resource than other states to maintain its roads or to implement safe driving campaigns. Mississippi also ranks the highest or worst state for teen driving fatalities. Alcoholism and rampant opioid drug use may also be major reasons for the high rates of road deaths in states with large rural populations like Louisiana, Alabama, and South Carolina that was 6th. Florida was ranked 10th worst.

South Dakota, number two on the list, has drivers who should be intimately familiar with the harsh winters that produce substantial snowfalls and icy roads, but its sparse population and unique topography does not make its roads any safer. Some feel that the hazardous Black Hills contributes to the high rates of deaths, but its long and dreary winters may induce heavier drinking and drug use.

The culture in some of the riskiest states for unsafe driving may also be a factor in why these states, generally with much lower populations than the safest states, suffer more car fatalities per capita. Drinking and driving, speeding, and partying during the winter holidays seem to increase at this time, perhaps moreso than in other states.

Driving and Holiday Cheer During Covid

In past blogs, we pointed out that Covid, quarantines, and the shuddering of businesses and schools may have led to less traffic congestion, but the quarantines have conversely led to increased speeding violations and traffic fatalities in our state among many others. As many of our clients have noted, with fewer cars on the roadways, motorists have taken the opportunity to speed with impunity. Many states have reported a substantial increase in speeding tickets for motorists traveling over 100 mph. Obviously, speeding is a major contributor to traffic accidents and fatalities.

Also, fewer law enforcement vehicles on state roads and interstates have given motorists more confidence that they can get away with speeding, reckless driving, and drinking. In addition, you cannot ignore the depression, isolation, and anxiety that the pandemic has engendered that may have prompted drivers to drink and drive recklessly.

Worst Times to Drive During the Holidays

The statistics on the worst states for holiday driving reveal the worst times for driving that all of us may wish to avoid if we do not want to have flowers placed in our memory at the side of a road disaster. Factors to take into consideration include:

Travel Suggestions for the Holidays

Fortunately, the arrival of Covid vaccines may, at least in time for the summer, result in less speeding violations and fewer accidents as we return to more normal times. But there are some suggestions that you can take that can make the next holiday driving less hazardous regardless of the pandemic:

Punitive damages are only available if awarded by a judge or jury and are not covered by insurance. Not all death cases warrant punitive damages nor are they easy to collect. Consult a car accident attorney about this element of damages.

Retain a Car Accident Attorney From Burns and Jain

Wrongful death claims often present complex issues of liability, insurance coverage, and proof of damages that only an experienced car accident attorney can handle. If you were injured or a loved one was injured or killed in a car accident, contact the law offices of Burns and Jain at (617) 286-3594 for a free, in-depth discussion of your injury accident or wrongful death claim.