It is a sad and tragic fact that car accidents are the number one cause of death for individuals who are 19
years of age and under. However, there was some good news for our younger Massachusetts motorists
from a recently published study by ValuePenguin. The study analyzed data from the National Highway Traffic Safety Administration (NHTSA) compiled from 2004 to 2018 using its Fatality Analysis Reporting System (FARS). The findings indicated that Massachusetts was 49 th out of 50 states in the
percentage of auto fatality rates for children and teens per 100,000 people. 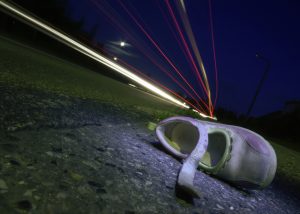 Traffic fatalities in this demographic have been steadily decreasing overall since 2004, the starting point
of the study, with a 54% reduction in fatalities. Overall, around 70,000 teens were killed in traffic-related accidents I the U.S. over this 15-year period with population density a major factor in which states had the safest roads.

Traffic safety experts attribute the higher rates in these southern and western states to higher speeds on
roadways that span dozens of miles between towns as opposed to urban areas that are more frequent in the north where there are lower speed limits and increased enforcement. Also, the lack of public transportation in rural states means more people are forced to drive to get groceries, go to medical
appointments, visit, and carry out other errands, which puts a higher percentage of motorists on the road. Fatigue in driving longer distances is another factor.

But other factors contributing to fatal car accidents among youths are alcohol and drug use, and that seat
belt use not as common in this age group.

Teen drivers are killed in car accidents at a far higher rate than any other cause. Although teenagers constitute only about 6.5% of the total U.S. population, accidents both fatal and non-fatal comprise 8% of the total cost of all motor vehicles. Per mile driven, teens age 16-19 are 3 times more likely to be in a fatal accident than for drivers age 20 and older. The risk of being in deadly car accident is even greater when teen drivers have passengers under 20 in their vehicles, and are driving without adult supervision.

The factors in teen driving accidents are familiar ones:

Not using a seat belt increases the chances of suffering a serious injury by 50%. Your risk of death in
a car accident is reduced by 45% if you are restrained. Further, your chances of being ejected from a
vehicle if not restrained is 30 times higher. About 75% of persons who are ejected from a car suffer
fatal injuries. Sadly, more than half of fatal car accidents in 2018 involving teens aged 13-19 involved
drivers and passengers who were not wearing seat belts.

How to Reduce Teen Driving Accidents

There are several ways to reduce the incidence of teen driving accidents, many of which are already being implemented with some success since the percentage of accidents, though still high, are trending downwards:

If you were injured or had a family member killed by a teen driver, you are entitled to compensation.
Most compensation in car accident claims are recovered by the insurance covering the culpable driver’s
vehicle. Most teens are on their parents’ policy if they do not have their own coverage. If the coverage is
minimal, you can use the underinsured portion of your own policy to recover more compensation so long
as it exceeds the negligent party’s policy limits. If the teen was uninsured, you can seek uninsured coverage from your own policy. Talk to your car accident lawyer about coverages and how your claim will be handled.

In wrongful death claims, damages can include:

Damages are a vital element in any injury or wrongful death claim. By retaining an experienced car
accident from Burns and Jain, you stand an increased opportunity for obtaining the most compensation for your claim.

Be sure your claim is handled by a car accident lawyer from Burns and Jain. There are complex issues of
liability and proof of damages in many cases that should only be handled by lawyers with extensive experience and resources. Call our office at (617) 250-8256 for a free and comprehensive evaluation of your injury claim.