After 17-years of negotiations, bills that stalled and failed in the Assembly, and pleas from safety advocates, the Massachusetts Assembly passed a bill with teeth that addressed the growing epidemic of distracted driving. It took effect in February 2020 with officers initially issuing warnings to distracted drivers. In late March, officers began citing drivers who violated the new law. 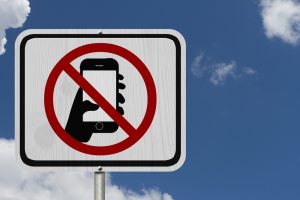 Distracted driving means any activity by a motorist that directs attention away from the act of driving. This includes eating, grooming, reading, listening to music, talking to passengers, or looking out the window, but mainly includes cellphone use that was the subject of the new legislation.

For years, legislators resisted imposing restrictions on cellphone use while driving, often referring to such laws as yet another example of government intrusion or efforts to dictate personal conduct. There was also concern that the law would encourage racial profiling, or offering just another excuse for police to pull over African-American drivers and those of color. However, as serious injuries and fatalities mounted as the result of drivers texting, messaging, scrolling, or talking, the Assembly seemed to get it that something needed to be done about the carnage.

Unfortunately, the message is not getting through. Law enforcement agencies have reported an uptick in the number of citations being issued in the 5-months since officer began citing drivers, with 1,826 tickets issued. Officers and traffic officials have also lamented the rise in traffic fatalities despite the decrease in traffic. This is attributed to motorists taking advantage of the sparse traffic and speeding. Tickets for motorists driving at 100 miles per hour or more have increased since the pandemic closed businesses, and rush hour became a distant memory.

A spokesperson from Safe Roads Alliance lashed out at Massachusetts motorists for their selfishness and for exploiting the crisis by driving recklessly, at unsafe speeds, and by continuing to use their cellphones in violation of the law. As with many laws, it may take several months or more before drivers realize that texting and any hand-held use of a smartphone is dangerous as well as a violation.

Do Distracted Driving Laws Save Lives?

Distracted driving was linked to the deaths of 1,730 drivers, 605 passengers, 400 pedestrians, and 77 cyclists in 2018, according to the National Highway Traffic Safety Administration.

Studies from states with strict distracted driving laws show a mixed result in decreasing traffic injuries and deaths. One study from the University of Alabama-Birmingham School of Public Health analyzed 11-years of data and came up with these findings:

Results in other studies are not so positive in reducing traffic deaths. One analysis by Dallas Morning News of 12 Texas cities showed no reduction at all, but their laws are not as comprehensive as Massachusetts’ ban. However, there are many variables in the data, especially in how crash rates were being reported. The study did call for a statewide ban on all texting, which only applies to teens overall and only to adults while in a school zone.

Hopefully, when life and traffic patterns return to normal, speeding, and related traffic deaths will decrease, and drivers will be more cautious on cellphone use. Education on unsafe cellphone use needs to start early and be as heavily emphasized in the schools and media outlets as drunk driving.

Injuries and damages attributed to a car accident vary greatly depending on the nature and extent of the injuries among other variables. Damages in a car accident claim include:

Liability may sometimes be readily apparent in a car accident, especially if there is evidence that the driver was using a cellphone in the moments leading up and during the impact. However, damages must also be proved. Unless you have retained an experienced car accident lawyer, you risk having some or most aspects of your damages discounted or not considered at all.

Few car accident claims are without issues that can jeopardize or substantially reduce the value of your claim. Contact the law firm of Burns and Jain at (617) 286-3594 for a free consultation with a car accident lawyer about your injury claim.