A recent fatal hit-and-run accident in Chelsea, Massachusetts in early July 2020 brought home the sobering reality that irresponsible and reckless drivers still roam our streets. Sometime after midnight, a male pedestrian in his 40’s was struck and killed on 6th  and Walnut Street. The driver fled the scene only to be apprehended a few hours later in Peabody. The suspect was identified as a man in his 20s. 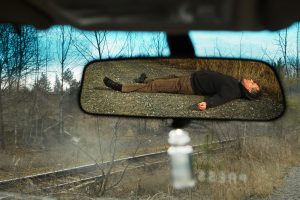 Police charged the Peabody suspect with OUI-2nd offense and leaving the scene of an accident with personal injuries to a victim. Charges were expected to be upgraded since the pedestrian’s injuries were fatal. It was not known why the suspect was charged with OUI since he was arrested hours later unless the suspect confessed to drinking before driving when he was arrested, or someone had seen the individual drinking just before the accident occurred.

Police were able to locate the driver because of surveillance footage and possible eyewitness accounts of a black sedan that likely included at least a partial license plate identification. The vehicle found at the Peabody suspect’s home matched the description. Police impounded the vehicle so that forensic experts  could search it for additional inculpatory evidence.

Factors in a Hit and Run Accident

Why do motorists flee an accident scene? Many simply panic or feel that since no one witnessed the accident that they can avoid strained explanations of what occurred, and which might reveal something adverse about them. Common reasons for why motorists leave accident scenes are that they are:

Many hit-and-run accidents are left unresolved because of the lack of eyewitness evidence. In the above case in Chelsea, police were fortunate in that businesses at the intersection or traffic control structures had surveillance cameras that captured the accident, and that evidence at the scene or from eyewitnesses were enough to track down the vehicle.

What If You are a Victim of a Hit-and-Run?

The family of the Chelsea man killed in the hit-and-run accident does have recourse to compensation. But even though the suspect was located, there still must be sufficient evidence to prove that this individual was the motorist. While prosecutors must prove the man’s culpability by the standard of beyond a reasonable doubt, the family’s car accident lawyer need only prove liability by a preponderance of the evidence, a much easier standard of proof.

If there is credible evidence to find the suspect liable, then that person’s auto liability policy becomes relevant, so long as he was insured. Massachusetts law only requires that motorists possess a minimum level of liability insurance of $20,000/$40,000, meaning that a single victim can only recover the policy limits of $20,000, or whatever the policy limits are.  Further, some hit and run collisions are with stolen vehicles.  Those vehicles have no insurance coverage – see the discussion below.

However, the family can also look to the pedestrian’s own auto policy for underinsured (vehicles with insufficient insurance) coverage provided that he purchased it, which is optional. Once the liability limits are exhausted, then the family can seek the pedestrian’s UIM limits. If the policy limits of the liable party was $50,000 and the victim had limits of $100,000, then the family could receive no more than $50,000 from the underinsured policy. If the policies are both $50,000, then the family would not be able to recover any more than the initial $50,000 from the responsible party/

If the victim did not have auto liability coverage but another member of a household did possess it, the family can use that person’s policy for coverage.

It is entirely possible that the suspect lacked any auto insurance. Even if the suspect had not been located, the victim or victim’s family can use the uninsured (UM) portion of their own auto liability policy to pursue compensation.

In uninsured cases, your opponent is your own insurance company. Your car accident lawyer still has to prove that the uninsured driver was liable for the accident. Your damages also must be proved as well. An UM claim is handled the same as in a third-party case except that the matter is ultimately decided by binding arbitration, if not settled, rather than a jury trial. This is true as well in UIM claims.

That the suspect was under the influence of alcohol, if proved, does not have much effect on what can be recovered by the victim’s family, unless they can prove that the liable part’s conduct was grossly negligent which would allow the family to seek punitive damages. Under Massachusetts law, punitive damages are only available wrongful death cases. Of course, drinking and driving as well as fleeing the scene of an accident can be construed as egregious or grossly negligent conduct, except that punitive damages are not covered by insurance. The family would have to obtain a judgement against the liable party and then attempt to seize the party’s personal assets to satisfy the judgment.

In serious and fatal car accidents, an experienced car accident lawyer will explore the possibility of other parties who may have contributed to the accident.

For instance, if the suspect had been heavily drinking at a bar, restaurant, or private party, your attorney could possibly find dram shop liability on the part of that business or individual. You will need witnesses who observed the defendant drinking heavily at the retail establishment or home, and that he was obviously intoxicated before he began driving.

Another possible party is the city or county who maintained the intersection where the accident occurred. An expert might determine that the intersection was poorly illuminated or that crosswalk markings were difficult to see at night. There are different timelines regarding notice of a claim for municipal entities as well as limits on liability that your car accident lawyer can explain.

Damages in a Fatal Hit and Run Accident

In a wrongful death case in Massachusetts, the executor or administrator of the decedent’s estate can bring a claim for damages on behalf of the immediate family, and of the estate. Damages can include:

The attorneys at Burns and Jain are highly experienced car accident lawyers who have handled complex car accident claims, including hit-and-run accidents and wrongful death claims. Call the Burns and Jain law office at (617) 227-7423 to schedule a free consultation about your injury claim.