A recent ruling by the Massachusetts Supreme Judicial Court stemming from a tragic incident at a Maine cabin will undoubtedly cause insurers to carefully review the language in their policies if they want to preserve certain exclusions regarding liability coverage. 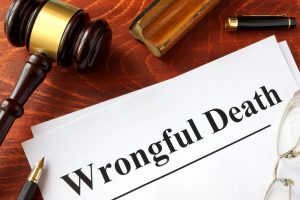 The case on appeal concerned a declaratory judgment action by an insurer in a wrongful death action that was brought by the estate of a person who had died in the cabin against the insurer who was the cabin owner. There were four individuals at the cabin who had died in their sleep from carbon monoxide poisoning after using a portable generator found in the cabin. Two of the decedents were children of the owner who had come to Maine to celebrate a birthday. In confirming the cause of their deaths, the coroner concluded that lack of ventilation allowed the carbon monoxide from the gas generator to circulate from the cabin’s basement where the generator had been kept.

In its motion for summary judgement, the insurer argued that the cabin owner’s homeowner’s policy specifically excluded coverage for injuries on a premises owned by the insurer that was not insured, which included the cabin. Attorneys for the estate of the deceased who sued the owner asserted that the deaths were not caused by any hazardous condition that existed on the property, but by the owner’s negligence in not instructing the decedents on the proper and safe use of the generator and in failing to warn them of the risk involved in operating the generator in an enclosed and unventilated area.

A lower court had previously ruled in the case that the insurer had to provide coverage despite the insurer’s argument that the generator, being the sole source of power for the cabin since it was not connected to any utility power source, was tied to the use of the premises, and came under the exclusionary provisions. Under premises liability law, a person injured on someone else’s property can sue the landowner if the owner was aware of a particular hazard that existed on the land and failed to remove the hazard or to adequately warn persons legally on the property of the risk.

Distinction Between Condition of the Premises and Negligent Conduct

Although the deaths did occur on the premises from a device that was on the property, the court made a distinction between a condition on the property that poses an unreasonable risk of harm and the tortious, or wrongful, conduct of the owner. A hazard on property that can cause harm to those invited or otherwise legally on the premises generally includes a loose board, torn carpeting, a defective step, lack of a guardrail, or poor lighting. In this case, it was not any particular condition on or of the property itself that caused the deaths, despite the existence of the generator that was the cabin’s sole power source, but the owner’s failure to warn the decedents that using the generator improperly was hazardous. The court reasoned that the owner’s negligence could have occurred anywhere else, such as if the decedents had used the generator on one of their own properties.

Lastly, the court pointed out that the exclusionary language in the policy was ambiguous and thus it had to rule in favor of an interpretation against the insurer. If the policy language had simply stated that it excluded coverage for any act or omission occurring on or in connection with the premises, then it might have ruled otherwise. In any event, since the deaths did not occur from any condition of the uninsured premises, it ruled against the insurer.

A wrongful death action in Massachusetts is brought by the administrator for the decedent’s estate. Damages may include:

If you have a loved one who died in an accident caused by the negligent or wrongful conduct of another person or entity, you will need the skill and knowledge of an experienced wrongful death lawyer from the law office of Burns and Jain. Call us at (617) 227-7423 to schedule a free consultation about your wrongful death claim.