Drunk driving in Massachusetts and throughout the nation remains a major factor in roadway accidents and account for about 28% of highway fatalities each year. Despite decades of public and media safety campaigns, increased enforcement efforts, and stricter civil and criminal penalties, people continue to drink and drive. One measure to curtail drunk driving that has appeared to be effective has been the installation of interlock ignition devices (IID) on cars driven by individuals convicted of drunk driving. However, there are reportedly unforeseen dangers in how these devices are being used. 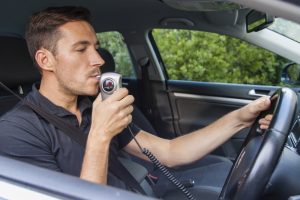 All states, except Massachusetts, now require first-time DUI offenders to install an IID on their vehicle. Our state does not mandate installation until after a second drunk driving conviction as a condition for obtaining a hardship license and for reinstatement of the person’s license. According to some studies on IID use, there has been a 15% reduction in fatal accidents caused by drunk drivers in those states mandating installation of the devices.

These rolling re-tests are what concern safety advocates. A publicized case in Texas in 2017 concerned a driver who had just successfully blown into the device when he dropped it to the floor. When he leaned down to retrieve the device, stating to police that he wanted to have the device handy when it prompted him again, he took his eyes off the road for a few seconds. This was enough time for his pickup truck to collide with a car backing up from a driveway, killing its occupant.  He is clearly responsible for the wrongful death in that collision.

Are IIDS Another Distracted Driving Activity?

There have been other incidents involving IIDs where its use while driving resulted in distracting the motorist. Distracted driving is any activity that takes your eyes off the road, hands off the wheel, and mind refocused on something other than driving. This includes eating, grooming, rubbernecking, fiddling with the radio, turning to talk to passengers, looking out the side window, and use of a smartphone. In Massachusetts, no driver is allowed to text while driving but you can use your phone in hands-free mode to call or talk to someone or to use a GPS function.

It takes about 4-seconds to blow into the device when prompted. It does require you to blow hard. One driver reportedly blew so hard that he passed out and crashed into a tree, nearly severing his hand. Other drivers were so focused on providing a sample that they veered into the adjoining traffic lane or crossed the median into oncoming traffic.

Some legislators in other states have proposed requiring its drivers to pull over to do the re-test but were met by stiff resistance from companies who sell IIDs who argued that the number of accidents from re-tests were insignificant, and that it was too impractical for drivers to pull over, especially in congested traffic or while on the freeway where pulling over and re-entering traffic posed its own risks.

For now, drivers with the device can re-test while still moving in traffic. While you can still have one hand on the wheel, your eyes and attention are probably more focused on whether you are blowing hard enough than on driving. At a high speed, you risk even a slight loss of control that could be disastrous. In the city, you might not notice someone in a crosswalk, or you may veer just enough to contact a bicyclist in the bike lane.

While only convicted drunk drivers have IIDs in their vehicles, use of the IID while driving, which is certainly a distraction, is not against the law. Neither is most other distracted driving activities like eating and grooming. Only texting and use of hand-held devices are barred but you can use Bluetooth to call and talk on your phone, though many safety advocates still cite this use as a distracted activity that increases the risk of an accident.

Still, it is not a good idea to blow into the IID while the car is moving, and drivers should consider pulling over to the shoulder or side of the road to perform the test. By law, all drivers must exercise caution and ordinary care while driving. If the motorist does engage in a re-test while driving, the driver must still keep his eyes on the road, a hand on the wheel, and be cognizant of road hazards. If not, he is driving negligently and should be responsible if his distraction results in an accident. Call a car accident lawyer from Burns and Jain if you were injured in a suspected distracted driving accident.

At Burns and Jain, we have car accident lawyers who have handled thousands of injury claims over the years and obtained millions of dollars for our clients. Call our office at (617) 286-3594 for a free consultation with an experienced car accident lawyer.