Most Massachusetts drivers today cannot possibly contemplate what travel in the Boston area and throughout the Northeast was like before the Massachusetts turnpike was built or even imagine a time when it didn’t exist. Before 1957, however, travel to other towns and cities throughout our state and from New York to Maine was on mostly narrow, one- and two-lane roadways that wound their way through farmlands, small towns and along the coast taking many hours for motorists to get to their destinations. 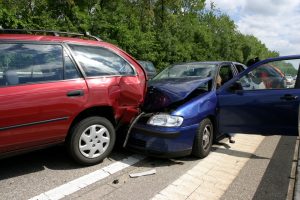 After World War II, our economy was in full boom mode. The Great Depression was still in recent memory, but returning war veterans started families, got their college degrees, and populated several Levittowns and other new housing developments. Our parents and grandparents bought new automobiles to travel to work, as well as to the Cape and Maine for vacations, and to grandma’s house for Thanksgiving and Christmas. All of this required a new highway network to deal with congestion and demands to save motorists and truckers valuable time and money.

The interstate highway project that replaced iconic Route 66 was begun with the passage of the Federal-Aid Highway Act of 1956 that authorized construction of a 41,000-mile roadway that spanned the nation. Similarly, the first cars to travel the Massachusetts Turnpike was on May 15, 1957, that finally opened a high-speed route for drivers and truckers.

Building a roadway of such proportions came with numerous issues and obstacles. Real estate had to be either bought or taken under eminent domain, family homes were destroyed, historical or valuable properties were moved rather than demolished and at great cost. But new businesses were built to serve motorists such as Howard Johnson’s, touted as the “host of the highways’ and known for its all you can eat fried clams on Fridays. To accommodate and attract workers, new plants and facilities such as those for Ford and Carling Brewery were built along the emerging turnpike.

Today, the turnpike is incorporated into I-90 and stretches west from Boston and Logan Airport to Stockbridge for 138 miles. In 1959, it was designated as part of the interstate highway system. I-90 continues to the end of the continent with its terminus at Seattle, Washington. It is a toll road, as we all know, but toll booths have been replaced and we now have open road tolling and pay-by-plate billing.

Turnpike Safety and Accidents In Massachusetts

Highways, and turnpikes, are high speed roadways. Whenever you have mass traffic traveling at 70 miles per hour and higher, accidents are inevitable. Combine speed with distracted and impaired driving and the chances of your being injured in an accident are increased even more.

The turnpike is filled with motorists who may drive for stretches on the turnpike every day, but there are also tourists who are unfamiliar with the roadway and its exits, and truckers speeding to remain on deadline or fatigued from long, monotonous hours of driving. Collisions occur daily when drivers make unsafe lane changes, decide that they didn’t mean to take that exit, fall asleep at the wheel, or are too focused on texting or watching a video on their smartphone to notice that their car is veering into the adjoining lane.

Injuries from high speed accidents can be catastrophic. These include:

Ticketless tolling, though, has increased safety. Many accidents occurred when motorists slowed and maneuvered into toll booth lanes. Impaired, out of control drivers crashed into the toll booths. By replacing toll booths, we have also improved air quality from emissions emanating from idling cars waiting to pay tolls. While their absence has relieved congestion, excessive speeding and distracted driving still endanger motorists.

Damages in any car accident claim depend on the nature and extent of your injuries and proof of your damages. If you are unable to work for months, are incapable of engaging in daily, routine activities or recreational pursuits that you once enjoyed, and/or may be experiencing psychological trauma, then your injury claim can be substantial though there are many other factors that determine compensation.

Consult a Car Accident Lawyer from Burns and Jain

If you or a loved one suffered serious injuries on the Massachusetts turnpike or on any other state or local roadway, you need an experienced car accident lawyer if you want the most compensation for your injury claim. Even if liability appears obvious, insurance adjusters will often try to blame your own conduct for contributing to the accident and will question the extent or cause of your injuries and the reasonableness of your medical care or time taken off from work or school.

Call a car accident lawyer from Burns and Jain at (617) 286-3594 for a free consultation about your injury claim.