Insurance fraud in Massachusetts and elsewhere comes in many forms. We often think of staged accidents where individuals scheme to cause an accident and then claim it was a hit-and-run. Some schemers collaborate with others to stage a rear-end or other type of accident and then feign injuries, or they deliberately stop their vehicles quickly so as to be rear-ended by an innocent trailing driver. In some of these ruses, there are attorneys, body shops, and medical providers who work in tandem. Even if the accident is real in some cases, the injuries, treatment, wage loss, and medical expenses are contrived. 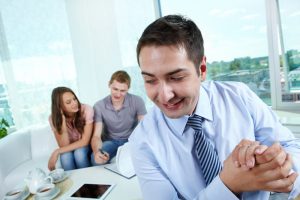 According to some reports, up to 10% of all insurance claims are phony, costing insurers around $32 billion per year in false claims. The expenses are, of course, passed on to consumers in the form of higher premiums. To combat the practice, the Insurance Fraud Bureau of Massachusetts has been issuing grants to counties and law enforcement agencies. A $50,000 grant was recently given to Plymouth County that has a task force consisting of law enforcement, the district attorney, state attorney general, insurance fraud investigators, and insurance company investigators to help them detect and prosecute staged accidents that account for a large percentage of insurance fraud incidents.

Soft insurance fraud involves a legitimate claim where the claimant has exaggerated or falsified damages. For example, there may have been a legitimate two-vehicle collision, but the driver or passenger claims or exaggerates a soft tissue injury to his neck or back although he feels perfectly fine. A health care provider suspects that nothing is wrong with the patient but treats him anyway and charges the insurer thousands of dollars for treatment. Fraud is difficult to prove in these cases because of the subjective nature of the injuries and because any pathology may not show up on diagnostic tests. Also, if a medical exam funded by the insurer finds that the claimant’s symptoms are not consistent with a real injury, the insurer may only reject the claim but choose not to refer the matter for prosecution. Further, the insurer may only decline to pay some of the health care provider’s treatment bill so that the provider still recovers several thousand dollars as a compromise.

Workers ‘compensation fraud is not uncommon. Soft fraud may occur when a worker is injured on the job so that the claim may be legitimate but not the extent of the injury. The worker is later filmed by an insurance investigator shoveling snow or playing basketball or golf even though the individual claimed a severe back injury lifting equipment at work and is unable to return to work.

Another example is an actual robbery where the victim exaggerates the value of items stolen. Soft fraud cases are generally not prosecuted to the same extent as hard fraud even though the cost to insurers and to consumers is substantial.

Staged accidents are examples of hard fraud as is deliberately driving a car into a lake or off a cliff and claiming it was stolen, or falsely claiming that you were robbed and lost valuable items that either never existed or were lost some time earlier.

Staged accidents can sometimes be detected. In a case in Brockton last year, a couple claimed their parked car was struck and damaged in a hit-and-run accident. An expert found that the damage was consistent with the car having been in motion when it struck a fixed object.

Another Brockton resident reported his car being extensively vandalized to where it was no longer drivable. However, a simple examination of the engine revealed it was already heavily damaged from lack of oil despite the owner having claimed the vehicle ran perfectly before the incident. In both of these cases, the claimants were prosecuted.

Other Examples of Insurance Fraud

Insurance agents and brokers are also found guilty of fraud in various ways. A broker may induce you to purchase coverage you don’t need or failed to disclose circumstances that are not covered while insinuating when you purchased the coverage that it was. These types of fraud are rarely prosecuted, unless the broker issued you a fake policy or is discovered to have been pocketing your premium insurance checks. The practice of offering a kickback to you for purchasing a policy is also unlawful.

Employers commit fraud when they intentionally misclassify workers as exempt or as independent contractors, or by not fully disclosing all its workers on its payroll. This can lead to civil fines but not criminal prosecution.

What to Do If You Suspect Fraud

If you were in a car accident where you suspect the other driver is faking or exaggerating his/her injuries, there are some things you can do to alert the police and your insurer. After all, you risk having your own premiums rise dramatically if you were responsible for an injury accident.

Any suspicions you have should be passed on to police and your insurance company who have the resources to investigate the suspected fraud.

At Burns and Jain, we represent legitimate claimants who were injured in car accidents by the negligence of others. You will need a highly experienced and knowledgeable car accident lawyer for any accident where you or a loved one suffered an injury that has cost you medical expenses, lost wages, emotional distress, and pain and suffering. Call Burns and Jain at (617) 286-3594 for a free consultation with a seasoned car accident lawyer.