On October 1 at around 8:40 p.m., a Methuen man lost his life in a hit-and-run accident that occurred on Jackson Street in this small town of just under 50,000 located about 26 miles northwest of Boston. The decedent was reportedly getting ready to move his car to make room for a tow truck when he was struck by a passing motorist.  Police later found a vehicle about a mile away that had front-end damage and had it towed for further investigation. There were no further reports regarding the identity of the vehicle owner or if an arrest had been made. Police were canvassing the neighborhood and asking residents if they had surveillance cameras that might have captured the accident or perhaps that of a vehicle fleeing the scene shortly after it occurred. 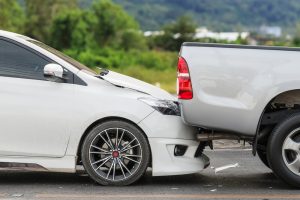 Hit-and-run accidents are especially frustrating if not infuriating not only to the victims and their families but to anyone who cares about their community and in taking responsibility for their actions.  There are various reasons why a person might flee the scene of an accident:

All motorists involved in a property or injury accident are required to exchange information regarding their driver’s license, registration, and insurance to all other involved motorists. A failure to do so is a misdemeanor.  But if you caused a fatal accident and fled, you face felony charges.

So far in Massachusetts in 2019, there have been approximately 1,330 pedestrians injured in accidents with vehicles resulting in 66 fatalities. There was a total of 71 pedestrian deaths in our state in 2018. Factors that contribute to pedestrian accidents include:

If the pedestrian is jaywalking or not crossing within a crosswalk, then liability is not so clear. If the pedestrian had no choice in crossing and was cautious or careful in alerting motorists of his/her presence, then the approaching driver must yield.  But like motorists, pedestrians still retain a duty to keep themselves safe by not creating a hazardous condition such as suddenly darting into the middle of the street. Pedestrians should not assume that motorists will see them, especially at night or in poor weather.

In the Methuen tragedy, the decedent might have been on the side of the road preparing to enter his car to move it when he was struck by the hit-and-run motorist who may have been driving too close to the shoulder, was traveling too fast, and who in any event should have been aware of the decedent’s presence and the tow truck and been proceeding cautiously.

Even if the defendant driver is eventually found and arrested and claims that the pedestrian’s actions contributed to the incident, the fact that he/she fled the scene can suggest knowledge of guilt.

Compensation in a Hit-and-Run Accident

If the driver who fled the scene is apprehended and was insured, then the victim or his family in the above case can seek compensation through the defendant’s auto liability policy. In many accident cases, these policies are often minimal.  Massachusetts only requires that drivers maintain a minimal policy of $20,000/$40,000 so that the family could collect only $20,000. If the pedestrian or anyone in his household had an auto policy that had underinsured (UIM) coverage that exceeded $20,000, then that could be sought by the family.  For instance, if the decedent had $100,000 in UIM coverage, then the family could receive a maximum of $80,000 from that policy after deducting the $20,000 from the defendant’s policy.

If the driver was uninsured, the decedent’s family could use the uninsured (UM) portion of the decedent’s policy to collect in whatever amount was available. For this reason, we highly suggest that all drivers maintain at least $100,000 in liability, UM and UIM coverages. Even this amount, however, falls woefully short of compensating anyone for a catastrophic or fatal injury.

In some cases, an experienced and resourceful pedestrian accident lawyer can seek other sources of compensation. In a crosswalk accident, the city might have failed to properly illuminate the area despite knowledge that numerous accidents had occurred there in the past. If a motorist was intoxicated, there might be dram shop liability where a bar, restaurant or nightclub served the obviously intoxicated driver and did nothing to prevent him from driving.  If the incident was in a construction zone, there might have been inadequate signage or lighting or lacked other necessary safety steps that could have prevented the accident.

In a wrongful death claim in Massachusetts, the action is brought by the administrator for the immediate members of the decedent’s family. Damages in these claims may include:

Being compensated in a hit-and-run accident can be frustrating but with the assistance of an experienced and knowledgeable pedestrian accident lawyer from Burns and Jain, you have the opportunity to obtain the most compensation available.

Pedestrian and hit-and-run accidents can pose challenging issues regarding liability, damages and finding adequate sources of compensation. If you or a loved one was injured or suffered fatal injuries in an accident, then call Burns and Jain at (617) 227-7423 for a free consultation about your personal injury or wrongful death claim.