There are movies and actual stories of escaped animals from zoos that are found roaming in the city park, on a freeway, or digging into in someone’s trash can. And then there are the rare events when someone who keeps a wild animal on his property forgets to lock the cage and the animal goes exploring.  In Franklin, Massachusetts, a town located 26 miles south of Boston, a wild emu, an animal not native to America, was sighted at the side of a road and reportedly terrorizing drivers. News reports of the flightless bird, which must have been as bewildered as the drivers, did not exactly describe what the “terror” was that so alarmed motorists but emus are not small animals.  Adults are over 5 feet in length and can weigh close to 90 pounds. They are known to be aggressive and can cause serious injury if you disturb it. 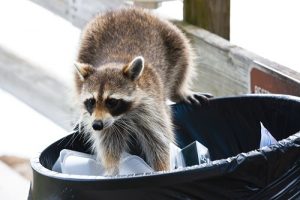 Fortunately, no motorist or pedestrian was injured by the animal.  But if the emu had caused frightened motorists to collide with other vehicles, to run off the road, or into some other object and were injured, the emu owner could certainly find him or herself liable for personal injury and any economic and non-economic damages that resulted.

In such a case, the owner would likely be unable to look to his homeowner’s insurance for coverage since these policies do not extend to damage or injuries caused by exotic pets.  An emu would certainly qualify as would a lion, tiger, monkey, or snake. Owners of such pets, though, can obtain separate exotic pet coverage. And, in fact, damages resulting from such an animal may very well NOT be covered by homeowner’s insurance.

A number of states ban ownership of certain exotic pets. In Massachusetts, this list consists of:

So, an emu is not on the list, but neither are elephants, crocodiles, lions, tigers, and unicorns.  However, if you do plan on having an unusual pet in your home that is not on our state’s banned list, you should check with the state and your municipality and see if you are required to obtain a license to own it.  For instance, Massachusetts law requires a license if you wish to own a boa constrictor or python. Your next step is to check with your homeowner’s insurer to see if it will cover the animal or at least ask if you can purchase exotic pet coverage.  If you fail to have insurance, then any person injured by the animal can sue you personally and if a judgement is obtained, seek to collect it by seizing your personal assets. This includes funds in any bank or savings accounts, retirement account, stocks, bonds, or valuable personal property.

In Massachusetts, liability for an injury sustained by a dog or other animal is usually governed by the rules of strict liability.  Under this standard, you need only prove that the defendant owned the animal that injured you. Once this is established, your personal injury lawyer must present proof of your damages. There are possible defenses, however.  For instance, if you trespassed on the property where the animal was located or tormented it to the point where it retaliated and injured you, you likely would not recover.

However, if the escaped emu in Franklin had caused a frightened motorist to lose control of his car and was injured as a result, and the emu owner lacked any insurance that covered the animal, the motorist has recourse by seeking compensation under the uninsured provision of his/her own auto insurance policy.  There are PIP benefits of up to $8,000 for medical, wage loss, and other losses. It is highly recommended for all motorists to have coverage of at least $100,000 in under and un insurance coverage since a serious injury can easily result in medical bills and lost income that exceed this amount.

Although rare, exotic pets do escape and can wander into backyards or onto roadways where you may be forced to perform evasive maneuvers in your car to avoid the animal if it tries to cross the street or wants to attack you.  If injured, you may well have a personal injury claim against the owner. But be sure to retain an experienced personal injury lawyer from the Law Offices of Burns and Jain since any claim can present unexpected issues of coverage, liability, and damages.

Damages in attacks by dogs or exotic pets can be extensive. They may include:

Retain a Personal Injury Lawyer from Burns and Jain

No case is too unusual or too exotic for a personal injury lawyer from Burns and Jain to handle. If you or a loved one was injured in a dog or animal attack, or in any kind of car or other personal injury accident, call us at 617-250-8256.