Crosswalks are designed to protect pedestrians as they cross intersections or anywhere else on a roadway where they are painted by alerting motorists to their presence. By Massachusetts law, a motorist must stop when a pedestrian is in a crosswalk or if the pedestrian is within 10 feet of the halfway point in the road. However, one impatient and allegedly intoxicated motorist in early May of this year felt that 3 pedestrians in a crosswalk at Columbus and Clarendon in the South End of Boston around midnight were mere annoyances. After honking at the 3 people who were crossing, he decided to just plow through and struck them. 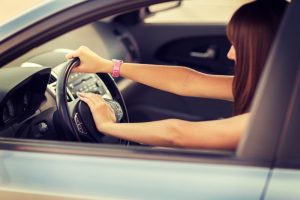 Although none were seriously injured, the police arrested the allegedly intoxicated 64-year old Roxbury man, and charged him with OUI, 3-counts of assault and battery with a dangerous weapon, and 3-counts of leaving the scene of a personal injury accident.

Pedestrian Accidents and Leaving the Scene

In the above matter, the 3 injured pedestrians were fortunate to not suffer serious injury and to have had police track and arrest the alleged culprit. Hit-and-run accidents are not uncommon and occur in the US once every 43-seconds. In fact, the incidence of hit-and-run accidents has increased by 60% since 2009, according to the American Automobile Association. Pedestrians and cyclists account for 70% of all hit-and-run accident victims.

Why the increase? There are simply more people walking and biking to work, school, to shops, restaurants, bars, and for recreation or health. Cities have encouraged more foot traffic, to get gas-guzzling and smog-producing vehicles off the roads and have built apartments near offices and transit centers. Businesses welcome the increased foot traffic, of course, and downtowns are being revitalized. But with the increase in pedestrians comes more encounters with motorists.

Motorists flee the scene of accidents for various reasons, but more so when a pedestrian or bicyclist is the one who was struck. If another vehicle is involved, a driver who may be thinking of fleeing the scene may not do so because the other driver may still be capable of following them. Also, they may believe there is a higher likelihood that the other motorist will have noted their license number and make and model of their car. A pedestrian or cyclist strewn on the roadway or rendered unconscious is not likely to do so.

Once an accident occurs, some motorists panic and leave the scene, despite knowing that they have injured someone and that the law requires them to stay, render aid, or to call 911 if necessary, and to exchange license, registration and insurance information. Only about 50% of fleeing motorists are ever apprehended.

The reasons for fleeing include:

Whatever the reason for leaving the scene, it can leave victims without compensation for their injuries in many cases if they also either do not possess a vehicle and auto insurance or are not in a household where a family member has auto liability insurance.

If the victims do have their own auto insurance or a parent or spouse possesses it, then they can use the no-fault benefits or PIP benefits that can help pay for medical expenses and lost income. If they have uninsured motorist coverage, then they can look to that for additional compensation including damages for pain and suffering.

With cities and towns encouraging people to walk and bike, safety advocates are implementing traffic calming measures, bike lanes, signs, and innovations in crosswalk safety. This past April, Medford, Massachusetts, installed a 3-D crosswalk near Brooks Elementary School after two grade-school students suggested it to Mayor Burke who had the students present the idea before the Traffic Commission in February 2018. It was approved and a local artist was commissioned to paint the crosswalk that appears to approaching motorists as large cubes in the road.

Other municipalities have pedestrians push a button before crossing that illuminates the crosswalk or prompts flashing lights. Speed bumps, pedestrian islands, and conspicuous signage warning motorists of a crosswalk ahead are supposed to alert the distracted, speeding, or impaired motorist as well. As far as catching the responsible motorist, surveillance cameras at high-risk intersections may help.

If you or a loved one suffered injuries as a pedestrian, your pedestrian accident lawyer can help you get the compensation to which you are entitled. If the culprit is apprehended and was insured, your attorney can pursue a claim against that person’s insurer. If uninsured but you or a family member had uninsured motorist coverage, your pedestrian accident lawyer can pursue compensation through that avenue.

If you or a loved one sustained injuries in a pedestrian accident, you will need the resources and  knowledge of a highly experienced pedestrian accident lawyer from the law office of Burns and Jain. Call us at (617) 227-7423 to schedule a free consultation about your injury claim.