A new distracted driving bill called An Act Preventing Distracted Driving that was passed in May 2019 will, if passed by the Senate and signed by the Governor, take effect soon. The bill now bans all cell phone use except for one finger touch or swipe while driving. The use of cell phones has become a major factor in causing traffic accidents and fatalities over the past 10-15 years to such a degree that it rivals drunk and drugged driving. 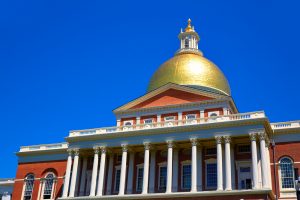 In 2010, Massachusetts passed a law banning most cell phone use such as texting while driving, but still allowed motorists who were 18 and older to use their phones for talking or for other uses. Since that time, cell phone technology has developed to where voice control systems can activate the phone. Also, it was difficult for law would allow motorists to still call in an emergency or to use the phone for navigation purposes. Ride-hailing drivers for Lyft and Uber use single touch or a swipe to accept and end rides or to activate the GPS on the app. A first offense is a $100 fine. A second is $250 and all subsequent violations are $500. Second and subsequent offenders will also be required to take a RMV-approved class on driving behavior. Because some legislators were concerned that the law could be abused by law enforcement in racially profiling drivers, the bill does require police to document each stop and to submit data such as the race and ethnicity of the offender to the Department of Public Safety where it will be available to the legislature and public.

There are currently 46 states that ban texting while driving for all motorists. 14 states ban the use of handheld devices by all drivers. According to the National Safety Council, there were 1.5 million car accidents caused by cell phone use in 2018. Approximately 3,000 to 6,000 people are killed annually as a direct use of cell phones, or about 9 deaths per day and 1,000 injuries daily. It is estimated that 660,000 drivers use their cell phone while driving on any given day.

The Centers for Disease Control (CDC) found that talking on a cell phone does not significantly increase the risk of being in any kind of accident while driving. Texting, however, increases your chances of rear-ending another vehicle by a factor of 7. While drunk driving causes around 10,000 deaths per year as opposed to 3,500 fatal car accidents due to texting, the latter causes 400,000 car accident injuries while drunk driving causes just under 300,000 injuries. Drivers who text may not be speeding, which may partially account for the difference in the number of injuries.

If your accident was a rear-ender or there are independent witnesses who can state unequivocally that the defendant motorist unsafely changed lanes, weaved into your lane of traffic, or otherwise was negligent in causing your accident, then their use of a cell phone is not that relevant to the issue of liability. But if liability is contested, then obtaining the cell phone records of the defendant could show that he/she was texting in the moments before the accident. This can cast doubt on the defendant’s assertion that you had violated a red traffic signal or failed to stop at a stop sign and that the defendant’s attention was not wholly focused on driving.

Damages in a distracted driving accident can be substantial. They can include:

Punitive damages are only available in death cases and the defendant’s conduct must be egregious or constituted willful and wanton conduct. Merely texting or scrolling on a cell phone alone may not meet this standard unless it was combined with excessive speed, intoxication, or other reckless driving conduct.

Distracted driving accidents will continue to plague our highways although we hope that the new bill will eventually decrease the incidence of serious and fatal accidents. Call one of our highly experienced car accident lawyers from Burns and Jain at (617) 227-7423 for a free consultation about your car accident injury claim.