In early December, two pedestrians were struck and injured by a hit-and-run motorist at the intersection of Cabot and Winter Street in Beverly. The accident occurred around 9:00 p.m. Police later arrested a Boxford man who was the owner and apparent operator of a car that displayed considerable front end damage, prompting police to suspect the young man of having caused the accident. Prosecutors have charged the man with drunk driving causing serious bodily injury, negligent operation of a motor vehicle, and a crosswalk violation. The pedestrians’ injuries were not life-threatening according to city officials.

Beverly is a North Shore community of around 40,000 people. In 2017, it reported 2 fatalities involving pedestrians. This is part of a national trend in the upswing of pedestrian accidents with our state reporting an 11% increase in 2016. There were 35 pedestrian fatalities in Massachusetts that year and nearly 6,000 nationwide. 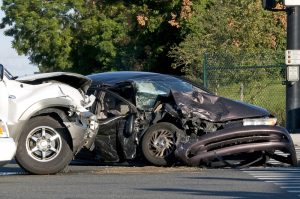 The increase has been attributed to more motorist traffic, but the main culprit may be the increasing and insidious use of cell phones while driving. Despite increased measures designed to punish motorists who use cell phones while driving, the temptation to review the latest text, email, or video is apparently too great for many motorists to resist.

Other factors that place many pedestrians at risk include:

Alcohol is the other major factor in pedestrian accidents, with 34% of pedestrians and 15% of motorists involved in fatal accidents having been under the influence. Data has shown that there are increasing numbers of pedestrians injured by motorists who were themselves impaired either by alcohol or drugs.

Being intoxicated as a pedestrian when you were injured does not automatically infer that you were liable to some degree for your injuries especially if you were legally in a crosswalk at the time. But at least some of these fatalities were likely attributable to using poor judgment when crossing such as crossing against  a red traffic signal, running into the street, crossing when the “Walk” signal was not on, or otherwise not paying attention.

As a pedestrian, you can provide for your own safety by following these commonsense tips:

Municipalities can also improve pedestrian safety with these measures:

If you are injured while crossing a street, here are some steps to take:

You are entitled to PIP or personal injury protection benefits if injured by a motor vehicle from the responsible party’s insurer. And if your injury was serious or your medical expenses were at least $2,000, then you can bring an injury claim against that driver. Retain a Beverly car accident lawyer if your injury was in Beverly or in any of the surrounding communities.

In a hit-and-run accident, you can still recover compensation under the uninsured motorist (UM) provision of your own auto insurance policy, or that of a household member, provided you chose to purchase that coverage. A UM claim is similar to all respects to a third-party claim against another individual or entity although your claim, if not settled, is resolved by binding arbitration rather than a jury or court trial. As in any injury accident claim, use an experienced crosswalk lawyer to handle your pedestrian accident.

If a fatality, then the administrator for the decedent’s estate may bring a wrongful death claim against the at-fault driver on behalf of the decedent’s immediate family members. Damages in these claims include:

Not all accident injury claims are the same. Everyone has stories about how a friend or relative negotiated a huge settlement on their own without using an attorney. Most of these stories tend to omit certain key details.

The truth is that in the overwhelming number of cases injured parties who retain attorneys recover substantially more compensation than those who handle their own claims, even accounting for attorney’s fees. And having an experienced, resourceful, and knowledgeable Beverly car accident lawyer handle your claim will ensure that all avenues of compensation are explored, and your legal rights protected. Call Burns and Jain today at (617) 227-7423 to schedule a free consultation about your injury claim.