It is always a sound and commonsense practice to look both ways before crossing the street, even if you are crossing in a marked crosswalk with a green light in your favor. However, there may be certain streets or intersections where you should be especially cautious. In Ipswich, there have recently been two accidents involving pedestrians in crosswalks.

In November and December of this past year, a woman crossing South Main Street near Elm in the early evening was struck by a hit-and-run driver. Details on her injuries were not available. A month earlier, a 13-year old was struck at the intersection of Mineral Street and Central in Ipswich. 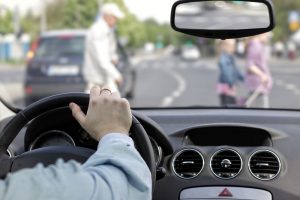 Ipswich is a small community of just over 13,000 residents, according to the last census and is a well-known tourist destination in the summer because of its proximity to the coast. So, having two pedestrian accidents in such a short period may give some people pause, and to consider taking extra precautions at these two intersections when either driving or crossing on foot.

Crosswalk and pedestrian accidents are generally the fault of errant or distracted drivers. Factors include:

Also, a car may only pass you if there is sufficient space beyond the crosswalk to accommodate the vehicle.

If you are struck by a car while crossing in a crosswalk, it may clearly be the fault of the motorist. An exception may be if you suddenly darted into the crosswalk in front of a motorist who had no opportunity to stop in time. Some towns and cities have installed flashing lights at some crosswalks that are activated by the pedestrian before crossing.

All towns have jaywalking laws that forbid you from crossing in the middle of the street, although many people do nonetheless. In these situations, a motorist still has the duty to watch for pedestrians but if you do run out or casually walk in front of a car, do not expect the car to necessarily see you in time. Generally, as a pedestrian, you still have a duty to exercise caution and care when crossing the street though you should expect a motorist to yield to you in a crosswalk unless you were unaware of or simply ignored the red traffic signal for your direction of travel.

In some cases, the municipality may be at fault for negligent design of the crosswalk, for failing to maintain signals, or for not installing safety measures where a high number of pedestrian accidents are occurring at a particular intersection. For example, the street crossing may be at curve in the roadway where motorists may suddenly come upon the crossing without warning. Another circumstance may be street lights that are out and are not illuminating the area, or a traffic signal is not working so that pedestrians have to guess or hope that a motorist will see them and stop. If the signal had been out for several hours before the accident, an Ipswich car accident lawyer may be able to pin liability on the city.

These can be difficult cases to handle so a crosswalk lawyer experienced in such accidents should be retained in any event.

Litigation or a dispute over liability usually occurs where the motorist claims that you ran into the crosswalk or tried to cross in the middle of the street. In the former scenario, you’re simply being in the crosswalk when struck will be in your favor absent a witness that supports the motorist’s version. If the accident was in the middle of the street, then you may have to show that the motorist was speeding or otherwise distracted although you were violating a traffic ordinance. Retaining a knowledgeable pedestrian accident lawyer is essential if you want to obtain compensation.

To recover compensation in an accident in Massachusetts, you must prove that the other party was at least 51% at fault. If a jury or finder of fact finds you both equally at fault, then you cannot recover.

Damages and Compensation for Pedestrian Accidents

If you were injured in a pedestrian accident, you have the right to collect no-fault or PIP benefits to some degree regardless of who was at-fault. If you have private insurance, the PIP carrier for the responsible driver will pay the first $2,000 before the rest is submitted to your private insurer, or up to $8,000 if you lack medical insurance. If you have lost earnings, you can recoup 75% of those lost earnings but only up to the maximum amount of $8,000, which also covers medical expenses.

Once you cross the no-fault threshold, you can bring an injury claim against the responsible motorist. The threshold is:

There are few accidents where your medical bills are less than $2,000 so most injuries, other than scratches and a few bruises, would allow you to pursue a third-party claim against the liable motorist or even a municipality in some cases.

Few pedestrian injury accidents should be handled without a pedestrian accident lawyer since you risk being not adequately compensated for your injuries. Even in seemingly clear-cut cases, an insurance adjuster may question some aspects of the circumstances of the accident as well as the extent of your injuries and the reasonableness of your care and expenses.

Retaining the law firm of Burns and Jain will give you the best opportunity for a satisfactory resolution of your claim as they bring decades of personal injury experience to the table. Call them today at (617) 227-7423 for a free consultation.