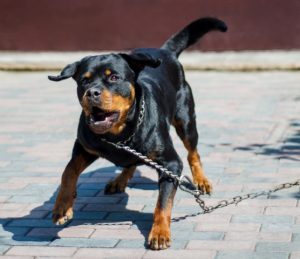 Dogs are wonderful companions and offer many emotional benefits to its owners. But Rover is also an animal that if provoked, abused, or otherwise felt threatened, can attack anyone it feels is endangering their welfare or invading their territory.

According to the Centers for Disease Control (CDC), there are a reported 4.5 million dog bite cases in the US each year. Over half of these attacks or bites occur at the owner’s home or premises. Children are a particularly vulnerable group, especially those who are 5-9 years old, who are often bitten by the family dog. But there are many other situations where a guest or other person lawfully on the dog owner’s property is bitten or attacked. And then there are circumstances where the dog attacks someone while off the property including incidents where a person is attacked when Rover is being cared for by a dog walker or other person entrusted to the dog’s care.

If a dog does attack or bite you, then under what circumstances can you bring an injury claim against the dog’s owner if at all?

Dog bite claims are generally classified as premises liability cases, although the laws governing these claims are different from other such claims depending on the state where you live. For instance, a number of states will only impose liability if the owner had knowledge that the dog had dangerous propensities; in other words, the dog had bitten someone previously and is known as the one-bite rule. Consequently, if the dog had not bitten anyone before, the owner may escape liability for the first bite.

Other states have a negligence rule whereby the owner is responsible if he or she was negligent in controlling the dog. For instance, the dog was off-leash in an area where leashes were required, or the dog that had vicious propensities was able to free itself from a leash or from a pen before attacking someone.

Massachusetts follows the rule of strict liability when it comes to dog bite or attack cases. The statute covers not only bites but instances where Rover may have jumped on someone and caused them to fall and sustain injuries or ran into a person who was knocked over.

To impose liability on the dog’s owner in our state, you do not need to prove negligence by the dog owner or that the dog had previously bitten or attacked someone. You need only show:

Trespassers are person who are on a person’s property unlawfully or without the owner’s consent. Mailpersons, meter readers, police officers and fire personnel are not considered trespassers. Also, Massachusetts law presumes that a child under the age of 7 is not a trespasser but an owner can still avoid liability for any injuries the child sustains from a bite or attack if he or she can offer substantial proof that the child had been tormenting or abusing the animal so as to overcome the presumption. In most cases, a dog owner will be held responsible for injuries to a child under the age of 7. If the dog owner alleges you were trespassing or tormenting the animal, retain an experienced Massachusetts dog bite lawyer or dog attack lawyer who can investigate your claim and work to counter these allegations.

Dog walkers or anyone else controlling the dog is considered a “keeper” under the provisions of the state’s dog bite statute and also may be held personally liable of the dog entrusted to their care bites or injures someone. Keepers have custody, management and control over the dog, even if temporarily.

You have 3-years from the date of injury to file a claim for injuries sustained in Massachusetts. There are longer time limits if the victim is a minor.

Many dog owners possess homeowner’s or renter’s insurance that provides coverage for damages incurred when their dog bites or attacks someone. Most policies cover damages of at least $100,000 or more for a single claim. Statistics indicate that the average dog bite claim nationwide in 2016 paid just over $32,000. This figure is well within the coverage limits of a typical Massachusetts homeowner’s policy.

However, homeowner’s policies will not all cover certain breeds of dogs or will require the dog owner to demonstrate that measures have been taken to train the dog by offering certificate of completion at dog training classes or that it is to be muzzled or restrained on the property at all times. Some insurers do offer special policies to cover certain animals.

In an unusual case in New Mexico, a dog owned by a person who was permitted by tenants to water their plants in a common area was sued by a meter reader who was attacked by the person’s dog. The lawsuit named the dog owner as well as the owner of the property where the attack occurred. Initially, the property owner’s homeowner’s policy refused to provide coverage to the dog owner but after a protracted legal fight, the state’s appeals court ruled that the dog owner was essentially a “real estate manager” even if she was not being paid for her work. As a result, the court ruled the property owner’s insurer was obligated to cover the woman for the dog attack. The court further noted that the insurance policy failed to define “property manager,” by which a clearer definition might have excluded coverage for the dog owner.

Damages in a Dog Bite Case

Injuries in a dog bite or attack case include:

Your damages depend on the nature and extent of your injuries. Since a dog bite or attack claim is based on strict liability, you need only prove your damages unless there are allegations that you were a trespasser or were provoking the dog before the attack.

If the victim is a child, then damages are usually for past and future medical expenses, pain and suffering, permanent disfigurement or disability, and emotional trauma.

Consult The Law Office of Burns and Jain

If you or a loved one was attacked, injured or bitten by a dog, contact a dog bite lawyer at Burns and Jain, a personal injury law firm that handles such cases among other types of injury claims. Our attorneys have decades of experience in handling dog bite cases and can offer you the best opportunity to get the most compensation for your claim – call us today: 617-227-7423.