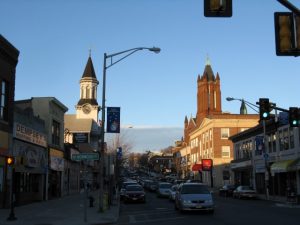 Truck accidents often result in catastrophic injuries or fatalities. A tractor-trailer can weigh as much as 80,000 pounds or more when fully loaded as compared to a passenger car that typically weighs about 4000 to 5,000 pounds, or less. A pickup truck weighs between 4400 pounds and 6000 pounds. When a truck and a pickup or passenger car collide, there is no question as to which occupants face the most risk of serious injury or death.

A recent accident in Everett highlighted the forces involved when a truck collides with a pickup. In this particular incident, an Everett DPW truck t-boned a pickup truck on North Broadway, effectively severing it. The pickup driver sustained serious injuries but his two passengers were apparently killed instantly. Photos of the aftermath show a catastrophic collision. Although police did not provide the cause of the accident, it is not a stretch to assume that the DPW truck was traveling at a high rate of speed at impact, given the devastation that all but destroyed the pickup. It is also possible that either driver may have been distracted or inattentive, fell asleep, failed to obey a traffic sign, or was making an unsafe turn.

The DPW truck driver was reportedly able to exit his vehicle but suffered a fractured pelvis. His injuries were not life-threatening.

Most trucks are commercial carriers involved in interstate commerce. Drivers and companies are strictly regulated by state and federal laws and regulations, notably the FMCSA and the Department of Transportation (DOT).

Drivers are held to high standards of care to the public. In many states, when a driver or truck company violates a law, rule or regulation related to public safety and which is intended to protect a class of people, then it is considered negligence per se, or a rebuttable presumption that the driver was negligent. For example, if your Massachusetts truck accident lawyer can show that a driver’s log or data indicates that the driver violated rest and driving time regulations, then it is negligence if you are alleging driver fatigue as an accident factor since rest and driving hours regulations are in the public interest. In Massachusetts, however, it is simply evidence of negligence.

Your truck accident lawyer still must prove 1) the driver had a duty of care to the injured driver, passenger or pedestrian; 2), the driver breached that duty of care by driving in violation of a regulation such as on rest and driving hours; 3) the driver’s breach was a proximate cause of the accident (fatigue leading to loss of control); and 4) the injured party suffered injuries and other damages as a result.

A truck accident lawyer can prove negligence by obtaining certain evidence of a failure to exercise care in the operation of the truck including:

Typical damages in a truck accident include:

Trucking accidents pose different and often more difficult issues regarding liability. Have an experienced and knowledgeable truck accident lawyer from Burns and Jain handle your truck accident injury claim so you can obtain the most compensation for your injury. With decades of experience and millions of dollars gained for injured clients, you are assured of quality representation.  Call us today for a free consultation: (617) 227-7423.