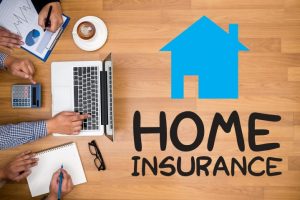 Homeowners insurance is designed to protect you and your home and its equity from judgment liens imposed by judgment creditors as a result of you or a family member in your household being found liable for a property or injury claim.

Your homeowner’s policy will cover you or your family in most cases of negligence. Negligence is an accidental or unintentional act that injures someone. In these cases, you had a duty to exercise reasonable care such as by keeping your home free of known hazards. If you fail to do so or do not warn persons who are lawfully on your property of a known hazard, then you may be held liable. Your homeowner’s policy should cover you in most of these instances.

Some cases where a homeowner’s policy is relevant concern dog bite claims, social host liability, or where someone slips and falls on your property or suffers a fatal accident.

Regarding auto accidents, a defendant’s auto liability insurer will provide coverage in most injury claims based on negligent driving, not their homeowners’ policy

In cases of homicide, kidnapping, robbery, false imprisonment, rape, or sexual harassment among other intentional acts or criminal offenses, a homeowner’s policy will exclude coverage.

Intentional torts include incidents of:

In a fairly recent case highlighting an insurer’s refusal to cover intentional torts, the defense lawyer for two persons convicted of second degree murder requested that he withdraw from a civil case brought by the executor of the murdered victim’s estate. State Farm, the homeowner’s insurer, had reversed its earlier stand about providing coverage following its insured’s conviction for murder so that the defense lawyer provided to the defendant at no cost would no longer be compensated by State Farm for his legal services. The lawsuit in question had alleged that the two defendants had “intentionally, willfully, and maliciously assaulted the victim” with a baseball bat and concrete brick. According to State Farm, it was the substance of the allegations in the lawsuit that led it to deny coverage.

Further, you cannot escape a judgment for an intentional act that causes injuries and certain damages by declaring bankruptcy. Bankruptcy laws do not discharge debts incurred from a homicide, some criminal acts, or the result of intoxicated driving.

In cases where your pet dog attacks and injures someone, you may be found strictly liable for any damages sustained by the injured party unless the claimant had provoked the attack. However, if you have a particular breed of dog that has aggressive tendencies such as a Doberman or pit bull, then you should ask your insurance agent if your dog is covered in case it bites or attacks someone. This is also true if you have an unconventional pet such as a poisonous snake, wolf, alligator, or a dog which has previously bitten or attacked someone. Many policies will not provide coverage or will offer special coverage packages for such animals.

Massachusetts law imposes criminal liability on homeowners who serve alcohol to a visibly or intoxicated person at their home or sponsored event, or to a minor, who then drives or otherwise injures another person.

In most cases, the party who was injured by the minor or intoxicated adult will file a civil claim for damages against the social host. Many of these cases stem form holiday or dinner parties or graduation parties held at the social host’s home. If there are minors present, or you were aware that minors would be present and alcohol was available, then you will likely be held civilly liable if that minor injured someone. It does not matter in case of a minor if the minor was visibly intoxicated or not when served or provided alcohol.

In cases where plaintiffs were injured by an adult guest of the social host, they will have to show that the adult was served at the social host’s home while visibly intoxicated. This may be a difficult element to prove unless the person’s blood alcohol concentration (BAC) level was elevated shortly after having left the social host’s home or other persons at the event are able to testify that the individual was obviously drunk or drug-impaired when served alcohol or controlled substances.

In most cases, the social host’s homeowner’s policy should provide coverage. If not, the social host may be able to escape payment for a judgment by declaring bankruptcy.

Wrongful death claims in Massachusetts are brought by the administrator for the decedent’s estate for the benefit of the immediate family members and should be handled only by an experienced wrongful death lawyer. Damages typically include:

Litigating against homeowner’s insurance trial attorneys often involve complex issues regarding liability, insurance coverage, and proof of damages. You will need a lawyer with considerable experience and skills to ensure that you and your family receive the compensation you deserve and from all parties responsible for the tragedy.

The attorneys at The Law Office of Burns and Jain handle complicated injury and death claims and have been successful in obtaining millions of dollars for their clients while representing the rights of injured victims throughout the state. Call a wrongful death lawyer at our office to discuss how we can help you with your claim at: 617-227-7423.