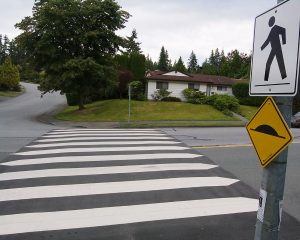 A fatal accident involving a car and a pedestrian that occurred in Salem over 4-years ago recently ended up in criminal court before a judge. The judge found the woman accused of negligent motor vehicle homicide and leaving the scene of an accident not guilty on all counts. The defendant had faced up to 10-years in prison. The court considered a number of factors in finding her innocent:

Although the defendant left the scene of the accident contending she had not realized she had struck someone, it is apparent the judge found her testimony credible. This case underscores the rights and responsibilities of all parties in a car-pedestrian accident. Although as a pedestrian you are particularly vulnerable when crossing the street, you still must take some precautions in certain situations such as at night and when visibility is limited and not assume that any approaching motorists will see you and immediately stop. In the majority of cases, however, a motorist or some other party will be found at fault and be responsible for your damages if you were crossing in a crosswalk.

Generally, a pedestrian has the right-of-way when in a crosswalk but there are exceptions. For instance, if you are riding a bicycle in a crosswalk you may be violating a traffic law since bicycles are considered motor vehicles, although it highly unlikely you would be cited if it is a violation since it is not so clearly stated in many traffic laws. If at a controlled intersection, however, crossing against the light can lead to a ticket as well as put you at risk for injury.

Many such accidents occur when vehicles are making right or left turns. Speeding while trying to turn while the light is changing or simply inattention by the driver leads to many serious or fatal accidents in these circumstances.

Many pedestrians are killed or seriously injured while crossing the street outside of a crosswalk or in a parking lot. The unfortunate victim in the Salem case above was not in a crosswalk but this was not the sole factor in finding the defendant not guilty since the weather was key as was the fact that another motorist did not see the victim. As a pedestrian, you must be cognizant of traffic, especially at night in rain, snow, or fog, and assume that motorists may not see you. Some municipalities require that you only cross at crosswalks or at corners if none exist. If you walk out in the middle of the street, you are that much more at risk to be unseen and liability may not entirely fall upon the motorist who strikes you.

An experienced crosswalks injury lawyer will carefully examine the facts and circumstances if you were injured in a crosswalk accident because a defense lawyer will exploit any conduct that could be construed as not exercising reasonable care before the accident. For example, did you suddenly run out into the crosswalk or were you crossing against the signal? What were the weather conditions? Was the traffic light operating or was it not in sequence with the green crossing signal? Even the clothing you were wearing when struck may be a mitigating factor in favor of the motorist, though you are under no legal duty to wear bright clothing if you know you will be crossing the street at night or in poor weather.

Your own crosswalk injury lawyer will want a history of accidents at this intersection since the municipality should have been on notice that this was a hazardous intersection and taken steps to ameliorate or eliminate the hazard. Your attorney may also feel that an expert in accident reconstruction may be needed so as to dispel any allegation that you were comparatively at fault. Considerations in finding negligence by the motorist is where you were in the crosswalk when the accident occurred, the weather, if you had a green signal for you to walk, and how a motorist in the exercise of reasonable care would have acted when approaching a crosswalk.

If you are struck in a crosswalk and fortunate enough to be conscious, there are things you can do to preserve your injury claim:

Damages in a Pedestrian Accident

Even in an accident where liability is clear and established by one or more parties, you have the burden of proving that your injuries were caused by the accident as well as the extent of your damages. A crosswalks injury lawyer from Burns and Jain can handle your claim from the outset so as give you the best opportunity to get you the compensation you deserve.

Damages in a pedestrian accident may include:

Retain the Law Offices of Burns and Jain
Few injury claims are cut and dry and even if they are, you risk harming your claim by handling it yourself or by retaining an inexperienced lawyer. The lawyers are Burns and Jain have decades of experience in pedestrian accident and other types of injury claims. Call them today for an analysis of your injury claim: (617) 227-7423.