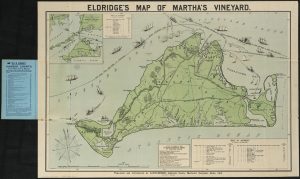 Whenever news of a car accident appears in a local newspaper, it usually portends tragedy. It was no different recently when the Vineyard Gazette reported the death of a high school senior from injuries sustained in a car accident in early January. The accident occurred on Middle Road near Tea Lane in Chilmark just before 8:00 am on a Friday morning. According to police, the decedent driver may have been unable to safely negotiate a curve. The driver apparently veered his vehicle to the left side of the road and then to the right before leaving the road, struck a tree, and then traveled down an embankment. Two teenage passengers were treated for non-life-threatening injuries. Police and EMT personnel at the scene were unable to save the teen.

Although the actual cause of the accident had yet to be found, you can easily speculate from what had been reported. The driver may have been going too fast around the curve and/or may have been distracted. It is also unclear if the driver or passengers were wearing seat belts.

The Number One Cause of Deaths for Teens

Car accidents are the number one cause of fatalities for 16 to 19-year old’s. According to the Centers for Disease Control (CDC), about 6 teenagers die every day in car accidents across the nation. The publication Accident Analysis and Prevention reports that 75% of serious car accidents involving teen drivers are due to three “critical errors:”

Accident analysts felt that new drivers lacked the necessary skills to prevent accidents that mostly come with experience. The most common types of crashes among newly minted drivers are left turns, rear-end collisions, and running off the road.

Left turns at intersections are particularly dangerous, since an inexperienced or distracted motorist may not correctly judge the speed and distance of an approaching vehicle or even notice it because of weather, time of day or from being distracted. Pedestrians in cross-walks are at risk for left turning vehicles, especially in bad weather or at night when visibility is limited.

Novice drivers often tailgate other vehicles or come upon a stopped vehicle too quickly and rear-end it. Impatience, inexperience, and distracted driving usually account for most rear-end accidents.

Traveling at the right speed for weather and road conditions may be commonsense but navigating safely usually comes with experience, despite how many times drivers are warned about slowing down. Once you slide on an icy roadway or fail to see the car in the lane you are trying to enter because of the rain, or lose control of your car on a curve because you were going too fast, then chances are you are less likely to repeat the mistake. Unfortunately, not every driver or passenger is given a second chance.

Distracted driving from cell phone use may be on its way to replacing drunk driving as the first or second most common factor in car accident injuries and fatalities. The AAA Foundation for Traffic Safety in a 2015 study found that distraction was the primary factor in 58% of auto crashes among the 16-19-year old age group. Of course, distracted driving usually means texting while driving, looking at or responding to emails, or watching videos. Although most states have banned the use of hand-held devices, nothing prevents drivers of any age from the irresistible temptation to see who just texted or emailed you and/or to respond.

Even talking on the phone through blue-tooth technology may double the risk of having an accident since your attention is not entirely focused on driving. The National Highway Traffic Safety Administration (NHTSA) estimates that cell phone use leads to 1.6 million car crashes each year and 330,000 injuries. This translates into 78% of all distracted drivers being distracted because of cell phone use. Every day, 9 people die on our highways and nearly 1,000 suffer injuries due to a driver’s use of a cell phone.

Use of Seat Belts

In numerous blogs, our law office has reported the dismal percentage of Massachusetts drivers who fail to use a seat belt. To give you perspective, the national average for seat belt usage is 90%. In our state, drivers are restrained only 78% of the time, making us the 4th worst state (46th overall). Vermont was 44th with 80% use and our sister state, New Hampshire, was the worst at 70.2%.

Everyone knows that seat belts save lives and can prevent serious injuries. If you fail to wear a seat belt, you are 30 times more likely to be ejected from the car, which usually results in a catastrophic if not fatal injury. Of the 22,441 passengers who were in fatal car accidents in 2015, more than half were unrestrained. Teen drivers are especially negligent in not buckling up.

Not wearing a seat belt is still only a secondary offense in our state, meaning that you cannot be pulled over and cited for non-seat belt use unless you had violated another traffic law such as speeding, making an unsafe lane change, or making an illegal U-turn, among others. A bill is in the legislature once again to make this a primary offense.

Damages in a Fatal Car Accident

The family of the Chilmark teen who was killed in the one-vehicle accident may not be able to collect compensation for their loved one’s death unless they can show that a factor such as faulty highway design, a defect in the vehicle, or something else was a cause of the accident. Of course, the injured teen passengers may be able to collect compensation for the driver’s insurer for their injuries.

In other fatal car accidents where another party’s negligent or intentional conduct caused the accident, then the immediate family may have legal recourse. A wrongful death claim may be brought by the administrator for the decedent’s estate and claim the following damages:

Call the Law Offices of Burns and Jain

Fatal car accidents are extremely difficult for families to comprehend let alone decide whether to seek compensation. The attorneys at Burns and Jain have been handling wrongful death cases for decades and can offer you the advice and representation you will need to recover the damages to which you are entitled. Call our office today for a free in-depth analysis of your injury or wrongful death claim: (617) 227-7423.