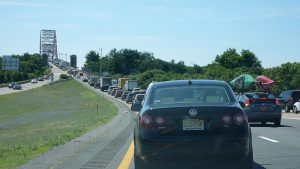 Any premature death is a tragedy but a fatality in a car accident can be especially traumatic since it occurs so suddenly and by the fault of another party. A recent fatal car accident in Hyannis that left a family emotionally devastated is one example.

On September 20, 2016, a woman who admitted driving without her glasses and without a valid driver’s license struck and injured a 26-year old pedestrian and her boyfriend who were walking on Pitcher’s Way in Hyannis, Massachusetts. The young lady later succumbed to her injuries. Witnesses had reported a car traveling at 40 to 50 mph on Pitcher’s Way followed by a loud bang and screaming. The vehicle did not stop and continued on its way. A car parked at the scene led police to the home of the perpetrator and her vehicle. Damage to the car matched the car part and other evidence at the scene and led to the arrest of a 32-year old woman.

The defendant admitted to the collision but claimed she thought she hit a deer and had intended to call her insurance company the next day. A review of her driving record revealed that her license had been suspended no less than 3 times and contained numerous driving violations. The woman pleaded guilty to motor vehicle homicide by negligent operation and leaving the scene of an accident resulting in personal injury and operating a vehicle without a valid license. She received a 2-year jail sentence to be served in a correctional facility with one year suspended for 5-years. Her driver’s license was also revoked for a minimum of 15 years.

Proof in a Wrongful Death Accident

Investigators at the scene of the Hyannis accident acted quickly and were able through witnesses and debris left at the scene to locate the vehicle and its driver. Many victims and their families are not so fortunate to find defendants who flee accident scenes, which would allow them some consolation in knowing that the responsible driver has been caught and punished.

Proof of liability can come from many sources. If police are unable to find debris at the scene or rely on witness observations as in the Hyannis tragedy, then investigators may be able to use video surveillance that is becoming more prevalent at intersections. Adjoining businesses often have cameras that not only record people entering and exiting their premises but also of the street itself.

Following a hit-and-run accident, neighbors may notice a car with recent damage that is parked in a driveway and connect it with a recent fatal accident reported in the news and notify authorities. If there is a dispute over fault, accident reconstruction experts can use the damage to the vehicles, their place of rest at the accident site, skid-marks and other evidence to determine the force of the collision and the likely responsible party.

Fault of Other Parties

There may also be other parties at fault that an experienced wrongful death lawyer can ascertain after a careful investigation of the accident site and vehicles. For example, in the Hyannis accident cited herein, poor lighting, faulty signage or defective road design may have been contributing factors, especially if this area has a history or pedestrian accidents. A state or municipality has the responsibility to service its roadways, including having proper signage in place, maintaining level surfaces, properly designing roadways, and removing potential hazards or at least warning motorists of the danger.

In Massachusetts, you have 3-years from the accident to file a wrongful death claim against the party or parties who caused the accident.  However, only the executor of the estate can bring the claims, so an estate must be opened in Probate Court first.

However, if your wrongful death lawyer can show that the state or municipality was at fault to some degree, then an action under the state’s tort claim act must be initiated within 2-years of the accident by filing a written notice of claim to the proper agency or department. The agency has 6-months to accept or deny the claim. If rejected, you have 3-years from the accident date to file a claim in court. This includes accidents caused by state or city employees who were driving vehicles owned by the state or subdivision. Damages caused by public employees are limited to $100,000 per plaintiff in most cases.

Damages in a wrongful death claim are different than those awarded in injury claims. These can include:

In the Hyannis case, a wrongful death lawyer could possibly make the case that the defendant’s conduct was wanton or reckless for the purpose of claiming punitive damages. The driver in that case was driving without glasses as required and may have been speeding although her speed would have had to be well over the posted speed limit to be considered outrageous or grossly negligent. The act of not wearing her glasses might be reckless since she must have known that there was a high risk of a serious accident if she did not wear her glasses. However, her vision must have been very poor without corrective lenses to constitute a high degree of negligence or reckless conduct for punitive damages to be considered.

As to whether her conduct in leaving the scene of an obvious accident may be considered, the courts are not uniform on the issue of whether post-accident conduct may be considered as malicious or reckless in deciding whether punitive damages may be awarded. Because the injury had already occurred, the act of fleeing the scene, although outrageous by its nature, did not contribute to the injuries nor did it make them worse.

There is also the issue of collecting punitive damages. Insurance companies do not cover such damages so the perpetrator is personally responsible, which would require your attorney to pursue that person’s unprotected assets.

Wrongful death claims are complex legal actions that require considerable experience and skills in ensuring that you and your family receive all the compensation you deserve and from all parties responsible for the tragedy.

The attorneys at The Law Office of Burns and Jain have many years of experience in handling wrongful death claims and offer you the best opportunity for a satisfactory result. Contact their office for a comprehensive evaluation of your claim.