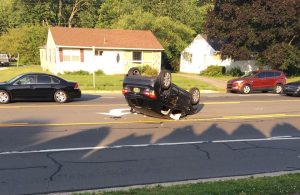 On a recent bright Fall day in Worcester, a 28-year old man was attempting to cross Franklin and Grafton Streets when he was struck by a motorist driving a Toyota Sienna south on Grafton while coming from Washington Square. The only reports available were that the young man was stable but with serious injuries. There was no explanation as to why the motorist failed to see the man who was apparently lawfully crossing the intersection. As it turns out, a Worcester pedestrian accident is unfortunately not uncommon for this central Massachusetts city.

Residents of Worcester love their city and may not be surprised aware that it is the most hazardous city for pedestrians in the state. A study of pedestrian safety found that Worcester has 50 of the 496 most dangerous intersections in our state following a review of 25,000 pedestrian accidents from 2001 to 2014. Ironically, the most dangerous area was the entrance to UMass Memorial Medical Center with 20 accidents during this time. However, a stretch of road with 11 of these cited hazardous intersections that has prompted considerable attention was on Main Street between Hermon and Exchange Streets where there were 122 pedestrian accidents in this time period.

In response to growing public complaints, Worcester city officials have developed a Complete Streets project to address pedestrian safety and to make the city friendlier to bicyclists and pedestrians. The project includes enhanced signalized crosswalks, brighter crosswalk and pavement markings, installation of audible devices to pedestrian signals, bike lanes and a campaign to increase awareness focusing on crosswalk safety, school zones, and impaired and distracted driving. Other steps are increased traffic enforcement, re-design of streets and traffic calming measures.

Safety advocates, though, have met opposition to implementing a city-wide 25-mph limit with some advocating for 20 mph zones. Studies show that a pedestrian struck by a vehicle at 30 mph has a substantially higher risk of suffering a serious injury or fatality. If struck by a vehicle at 20 mph, the pedestrian has a 90% chance of surviving the accident. At 40 mph, the chances are 10%. The opposition to the plan is generated by concerns that it could hurt businesses operating in the city. Still, Worcester is to be commended for its plans to turn the city into a friendlier and safer place for everyone using city streets so that a Worcester pedestrian accident eventually becomes a rarity.

There are variety of factors that lead to pedestrian accidents:

Increasing awareness can lead to decreasing hazardous conditions as can stepped up law enforcement that should minimize the chances of a Worcester pedestrian accident.

Injuries and Damages in Pedestrian Accidents

You have no protection as a pedestrian from motor vehicles or bicycles. Even the slightest contact can cause you to fall and sustain a head injury or broken bones, especially if you are elderly or the victim is a child.

Damages vary depending primarily on the nature and extent of your injuries, time you missed from work, and how your injuries have diminished your quality of life among other factors. Damages typically include:

Any injury claim should be handled by an experienced attorney since there are many issues that can risk your receiving less than what your case deserves. If you live in Worcester or anywhere in central Massachusetts, contact the injury lawyers at The Law Office of Burns and Jain to handle your case from start to finish. Injury claims are handled on a contingency basis so we are only paid if you receive compensation.