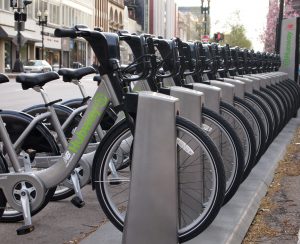 Boston, like most urban areas, is crammed with pedestrians, bicyclists, motorcycles, trucks, scooters and any other type of motor vehicle. But when cyclists are on urban roads, they have to deal with other vehicles, especially trucks, whose size and inflexibility is the direct opposite of bicycles. Because of the height at which a driver sits in his or her cab, a bicyclist will seem nearly invisible to the truck driver. And when a collision does occur, the consequences can be catastrophic.

A tragic meeting of bike and truck occurred recently in Houston, Texas when a firefighter on his bicycle collided with a landscaping truck that decided to suddenly stop without warning in the lane of a busy roadway. The bicyclist later succumbed to his injuries. Although there were no eyewitnesses to the collision, the evidence suggested that the truck driver had decided to perform his work while stopped on the busy traffic lane instead of turning right and parking on a less-traveled road. If the truck had been stopped in the lane for a time, the driver at least neglected to put out cones or flags to warn approaching traffic.

Company spokespersons agreed that the practice of stopping to load or unload on a busy roadway was hazardous. A jury returned a verdict against the driver and trucking company of $39 million, which is under appeal.

How to Determine Liability

Most bike accidents with trucks or autos occur at intersections. Common scenarios include:

Motorists and truck drivers need to be wary of cyclists and are deemed liable if they turn in front of a bicyclist, especially where there is a bike lane. Even if there was no bike lane, bicycles are considered motor vehicles and have a right to travel on the urban streets and other roadways unless it is a freeway or other road where they are specifically excluded.

If you or a loved one was involved in a bicycle vs. truck accident, retain experienced bike accident lawyer Neil Burns.

Ride a Bicycle with Safety in Mind

Bicyclists can work to avoid collisions with trucks and other vehicles by following certain safety measures:

If you are injured in an accident, wait for police and medical assistance. If there were witnesses, ask for their contact information if you are able to do so. Even if your injuries appear slight, you need to be checked out since you may not have noticed an underlying injury. If the driver tries to leave, insist on their driver’s license and insurance information as well as the license plate number.

Damages in a Bicycle-Truck Collision

Bicyclists who were injured in a collision with a truck can collect compensation from the trucking company, which have commercial policies that are typically at least $1 million.

Damages in a bike accident case may include:

Consult with bicycle accident lawyer Neil Burns, a Boston personal injury attorney who has obtained millions of dollars for his injured clients over his 30-years of practice. His experience, knowledge and skills obtained in handling thousands of cases can get you the compensation your case deserves.