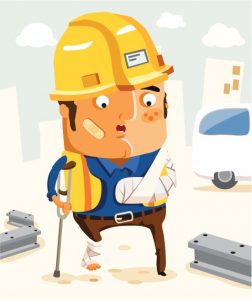 Workplace accident deaths are on the rise in Massachusetts. Recent reports indicate that deaths are at a 10-year high. For example, in 2012, there were 32 workplace-related deaths while in 2016, the figure reached 70. The deaths include firefighters who died from work-related factors that resulted in cancer, heart attacks and leukemia.

Most fatalities occur in the construction industry, considered the most dangerous industry in the America for workers by many, although the agriculture, fishing, forestry, mining and hunting industries had higher rates per 100,000 full time workers.

Of the 70 fatalities in 2016, 25 were transportation related, 17 were from slip and falls, 11 from contact with equipment, 7 from exposure to toxic conditions and 2 to violence.

When a worker is injured or killed in a workplace accident or from working in a toxic work environment that is the cause of cancer or other disabling or fatal conditions, he or she is entitled to workers’ compensation benefits. These include medical expenses, loss of wages to some degree and rehabilitation costs, if applicable. Benefits do not include compensation for pain and suffering and wage losses are not paid in full. In death cases the decedent’s family cannot collect for loss of the decedent’s love, comfort, guidance and counseling. Workers’ compensation does provide death benefits to some degree.

But if the worker was killed by the negligence, wrongful act or omissions of a party other than the employer, then the decedent’s family could bring a third-party claim. Unlike a workers’ compensation claim where negligence by the employer or employee is largely irrelevant, an injured worker has to prove negligence on the part of the third party. The surviving family members can still collect compensation from both employer and third-party insurers.

Third parties from whom a victim or family in a construction accident claim can collect compensation include:

For example, if defective wiring led to a worker being electrocuted, the installer of the wiring or the manufacturer could be held liable as could the building owner if the circuit was not de-energized. A property owner or other party could also be held at fault for failure to warn of a hazardous condition.

A manufacturer or designer of defective equipment is liable if the defect is considered unreasonably dangerous. A general contractor who insists that workers perform in dangerous weather or under hazardous conditions can be held responsible as well.

In construction accidents, preserving the accident site can be difficult since workplaces change constantly and potentially liable parties may wish to cover up a dangerous condition as soon as possible. Getting statements from witnesses, photographing the scene and investigating all the facts and circumstances is usually handled by OSHA representatives  and safety officers employed by the general contractor who investigate serious and fatal accidents, but it is also essential that a construction injury lawyer conduct his or her own investigation. An OSHA investigation may be delayed so having your construction injury lawyer on the scene with experts and accident reconstruction experts who can look at photos taken of the changes to the workplace site, take witness statements, and review construction logs, safety reports and other records is essential.

Further, OSHA is not concerned with finding third party liability, just safety and other violations committed by the general contractor and its report may only concern the fault of the employer. Safety officers will look for negligence by the victim or other parties and minimize the fault of the contractor or employer for whom they work.

The compensation that the surviving members of a worker killed in a workplace accident varies widely depending on the age of the decedent, earnings and potential earnings, value of benefits, medical costs if any, pain and suffering if applicable and the character of the victim. If there was gross negligence by the third party, then a claim for punitive damages can be sought.

Also, if workers’ compensation benefits were paid, the insurer is entitled to a subrogation claim in order to be reimbursed from the third-party claim after settlement or verdict. It is up to the construction injury lawyer to negotiate the amount to be reimbursed.

Wrongful death claims in Massachusetts are brought by the administrator of the decedent’s estate for the benefit of the immediate family members only. Damages may include:

Neil Burns is a Boston construction injury lawyer who handled numerous workplace accident fatalities over his 30-years of practice representing the interests of injured parties. Contact his office for a free, in-depth discussion about your accident or wrongful death claim.