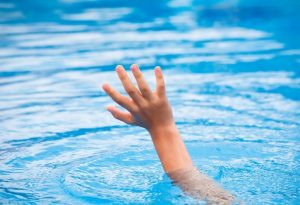 Home pools and those at hotels or resorts are often the venue for summer parties and other social events where alcohol is often served. Inevitably, people become intoxicated at these parties and accidents can happen on the premises or on the roadway if an inebriated guest causes an injury accident while driving home. In such cases, there are laws that determine if the host of the event can be held civilly liable for your injuries.

Pool parties and alcohol can be a hazardous mix. If you become intoxicated and lose your balance, you might hit your head on the concrete edge of the pool or fall headfirst into the shallow end and fracture vertebrae in your neck that can cause paralysis. Should you become disoriented or are unable to swim, you could easily panic. Even if there are people around, they might not notice just another person in the pool acting up even if they are actually drowning.

At a pool party given at the Beverly Hills home of actress Demi Moore who was absent from the event, a 21-year old man who apparently could not swim drowned in her pool. Reports about the party did not indicate why the young man was not pulled from the pool in time to save his life but he may have disappeared quickly underwater before anyone noticed. His family was suing the hosts of the party and the trust that owned the home. The lawsuit claimed the pool had no depth markers, “likely” no functioning lights and had decorative rocks that posed a slip and fall risk. It was not clear if the victim was last seen as visibly intoxicated or if a blood test indicated a high blood alcohol level.

Types of Claims from Pool Accidents

If you or a loved one suffered an injury at a pool party or were injured by a motorist who was served alcohol at such an event, you may have a cause of action for your injuries. Your claim could be based on any of the following legal principles:

Dram shop laws apply to commercial establishments such as bars, restaurants, hotels or other businesses that serve alcohol to guests. Under the laws of most states, including Massachusetts, a business has a duty to not serve visibly intoxicated persons or they may be held liable for any injuries that person later causes. Bartenders and waitresses are trained, or should be trained, to identify patrons who exhibit certain behaviors such as slurred speech, lack of balance, erratic or loud behavior or who have been drinking copious amounts of alcohol

Social host liability principles apply to private persons who host parties at their homes, hotels or other venues and who supply and control the alcohol. Under a social host liability claim,  an injured victim can assert that the host could easily have foreseen that serving alcohol to visibly intoxicated persons who had driven to the event greatly increased the risk that serious injuries to persons on the roadways would occur. In most cases, a host will not be held responsible for any injuries caused by a person who brought his own alcohol and consumed it on the host’s property or at a hotel where the party was held.

Hosts who serve persons who are underage are subject to criminal prosecution as well as civil liability if the minor later causes a car accident. As an injured party, you can bring claims against both the motorist and the social host, or in a dram shop situation, against the business if you can prove the person was visibly intoxicated when he or she was served at the establishment. Proof may be circumstantial if the person’s blood alcohol level was elevated to .015% or more, or if witnesses observed the person as obviously intoxicated but was still served alcohol and left the establishment before sobering up.

Premises liability claims apply to accidents that occur on someone’s property and where the owner was negligent to  some extent. A host at a pool party where someone slips and falls or is injured in the pool or drowns may be liable if it can be shown that certain hazards were known and not remedied or guests were not warned about them. In regards to preventing a drowning or injury in the pool, someone should probably have been selected to watch the guests in the pool or to have kept sufficient lighting in and around the pool so that a person who falls in could be seen. Your premises liability lawyer can analyze the facts of each case and determine liability and which parties may be held responsible.

Damages in a Pool Injury or Death Case

You can recover damages in any of these cases but your source of compensation may differ. Businesses have commercial policies and social hosts may have homeowner’s insurance to cover them for accidents that occur on their property and from claims brought by those who were injured by persons served at private parties. If there was criminal liability such as in serving minors, then a homeowner’s policy would likely not be available. If you were injured in a car accident was caused by the intoxicated person, you have recourse to their auto liability policy as well.

Damages in pool injury can include:

If a fatality occurred, then the administrator of the decedent’s estate may bring a claim on behalf of the immediate family. Damages may include:

Punitive or exemplary damages are only available in Massachusetts death cases if the responsible party acted with gross negligence or exhibited willful indifference to the safety of others. In dram shop or social liability claims, you may have to show that the host deliberately intended someone to become intoxicated and then encouraged or at least allowed them to drive knowing that they were heavily intoxicated.