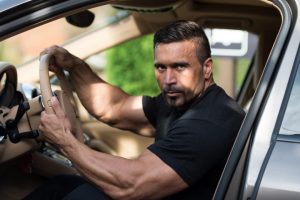 All Massachusetts motorists are required to carry auto liability insurance so that if they cause an accident, the other party can be compensated to some degree. However, the minimum limits for coverage is very low. By state law, a car owner need only purchase coverage of $20,000/$40,000. This means that if you were injured in an accident, you may only recover up to $20,000. If there are multiple injured claimants, the 40,000 would have to divided among you and the other injured parties with no single party collecting more than $20,000.

State law requires that motorists purchase uninsured coverage (UM) in case they are in an accident with an uninsured driver so that they can be compensated for their damages. There is also underinsured motorist coverage (UIM) that is essential to have.

UIM coverage can provide you with additional compensation to you if the driver responsible for your injuries had coverage that was below the value of your claim.

Regarding uninsured coverage, it is estimated that as many as 20% of cars on the road are being driven by uninsured motorists. These people drive in defiance of the law for a variety of reasons, either because they cannot afford insurance or their licenses have been suspended but think it is ok to continue to drive a car to get to work or for general transportation. You should have UM coverage of significantly more than the minimum of $20,000 if you want some measure of reasonable compensation in an accident with an uninsured or underinsured driver.

Underinsured coverage is also a kind of safety net in case you are in an accident with a minimally insured motorist and your damages and claim exceeds the coverage possessed by the at-fault driver. For instance, if the underinsured motorist who caused the accident had the minimal coverage of $20,000 but your claim’s value was $100,000, you must first collect the $20,000 from the at-fault driver but you then have a claim up to $80,000 from your own policy.

UM and UIM Claims are Arbitrated

UM and UIM claims are handled like any other claim except that you are dealing with your own insurer. You still have the burden of proving that the uninsured or underinsured driver was negligent in causing the accident and your injuries and that your damages exceed the limits of the at-fault driver if you are pursuing an underinsured coverage claim. If the matter cannot be settled, it goes to binding arbitration rather than before the court or jury.

Arbitrations are mini-trials and are usually held before a single arbitrator, typically either a retired jurist or an attorney whom the parties have mutually selected. The rules of evidence are followed though the parties are encouraged to streamline the process by submitting deposition transcripts or summaries of witnesses and medical reports. In any UIM claim, you need an underinsured lawyer to handle the matter for you.

Why You Need UIM Coverage

Medical costs continue to rise each year with no ceiling in sight. It is not unusual for an injured person in a car accident to be taken by ambulance to the hospital and have X-rays or other important diagnostic tests administered before being released. The cost of this may be as significant. If you spend the night in the hospital, the costs are considerable.  Clients who have permanent injuries have damages and pain and suffering that have a much greater value than the minimal insurance policies.  If the driver who caused your accident had only a $20,000 policy, that is the maximum you could collect unless you have UIM limits that exceed that amount.

A recent tragedy in Hyannis underscores the need for UM as well as UIM coverage. In that case, a woman struck and killed a pedestrian and injured her companion before fleeing the scene. The woman was located and arrested. She was reported to have had numerous traffic violations on her record and was driving on a suspended license. In such cases, if she did possess auto insurance, it was likely no more than the state minimum of $20,000/$40,000.

The family of the decedent and the injured pedestrian could collect from the woman’s policy, if she had one. But they could also collect from their own policy’s UM coverage and, if they had UIM coverage, from that as well. If they had no auto insurance, then their only recourse would be suing the woman personally and trying to collect from her, a task that is usually futile in many instances.

UIM coverage applies in hit and run accidents and will cover your household members (persons related to you by blood, marriage or adoption) as well. Your own vehicle need not have been involved in the accident to trigger UM or UIM coverage. If there are multiple policies with differ limits on your various vehicles, you can choose the one that has the higher limits.

Also, you and household family members can use the UIM policy that covers the car in which you or they occupied either as a driver or passenger when the accident occurred, though you or they did not own the vehicle.

You still must prove your damages in an UIM case to collect compensation that exceeds that of the policy possessed by the at-fault motorist. Your underinsured lawyer can accumulate your medical records and bills, ask for medical reports from your providers detailing your injuries, their extent and effect on daily living, employment records and witness statements.

If you or a loved one sustained injuries in a car accident where your damages are substantial and either exceed or likely exceed the policy limits of the defendant driver, then consult attorney Neil Burns of Boston. His experience with handling and negotiating with insurance adjusters and in substantiating underinsured coverage claims is essential if you are to collect the compensation that your injury claim deserves.  To get started with your claim call us today for a free consultation: 617-227-7423.