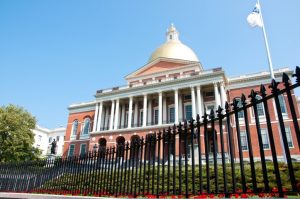 Many victims of legal malpractice can file claims with the Massachusetts Clients’ Security Board of the Supreme Judicial Court.  Established by the SJC in 1974, the CSB awards 100% of clients losses as a result of attorney fraud; attorneys that actually steal, or “misappropriate” their clients monies.  Note, this does not include victims of malpractice in which clients monies have not been misappropriated.

The above distinction is critical in the legal malpractice field.  If your lawyer mishandled your case, but did not take any moneys, you do not have claim with the CSB.  You may, however, have a legal malpractice case.  In that instance, your recourse is against the attorney him or herself,  and he or she or their legal malpractice insurance carrier would be responsible for paying on the claim.

Massachusetts Client Security Board Awards Down in 2016

Unfortunately, both the number of claims awarded and the dollars awarded in 2016 were down from previous years.  In fact, the $846,842 awarded to victims in 2016 was the lowest since 1992.  Notably, only 28 claims were paid in 2016, while 50 claims were denied.  Another concern is that the dismissal rate was 44%, the sixth largest rate since 1980.  The CSB does not consider this a trend.

Of note, more than half of the awards were as a result of three (3) attorneys; Arthur J. McCabe, II of Andover, Thomas F. Healy of Needham, and Kirk Y. Griffin of Marblehead.  Those three attorneys were responsible for over $500,000 in client awards.  Further, the category that resulted in the highest awards was trust and estates, totaling $284,446, almost 18% of awards; the second highest category was real estate, totaling over 3.5%.  In our experience with legal malpractice, there are clearly a disproportionate number of potential clients regarding trust and estates.

To help put this in perspective:  the number of attorneys responsible for the claims in 2016 was 23.  This is out of 59,503 registered lawyers in the Commonwealth of Massachusetts, or 0.04%.  The percentage was the same last year.

Massachusetts Versus Other States

The SJC and the Massachusetts CSB considers itself in the “vanguard” of client security boards nationally.  This is because of its long history, because we reimburse at the 100% rate, and because attorneys pay into the fund as a part of their annual dues.