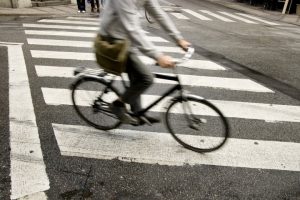 Bicycling is on the rise in many of our cities, including Boston, but unfortunately so are serious bike crashes.  As a bike accident lawyer I see the emotional toll these accidents take on the victims every day.  Designated bike lanes are now ubiquitous throughout our urban and suburban areas. There is the added incentive of no longer having to search for parking or to deal with heavy traffic.  A younger work force has embraced bicycle commuting as well with many companies encouraging it.  Since 2009, ridership in Boston has grown by over 120%.

Unfortunately, Boston has also seen a rise in bike accidents unlike that experienced in other major cities.  Statistics indicate that Boston has more biking fatalities per 10,000 riders than cities of comparable size such as Portland, Minneapolis and Washington D.C.  A Boston bike group reported that the city has had 16 fatal bike accidents since 2010 with most involving trucks.

About 37% of all bike crashes involve a car however.  Other accidents involve objects in the road or road hazards like potholes. Collisions with pedestrians and dogs chasing bicyclists are other factors.  Cycling collisions with vehicles in Boston’s suburbs have tripled with 70% of mishaps resulting in injuries. 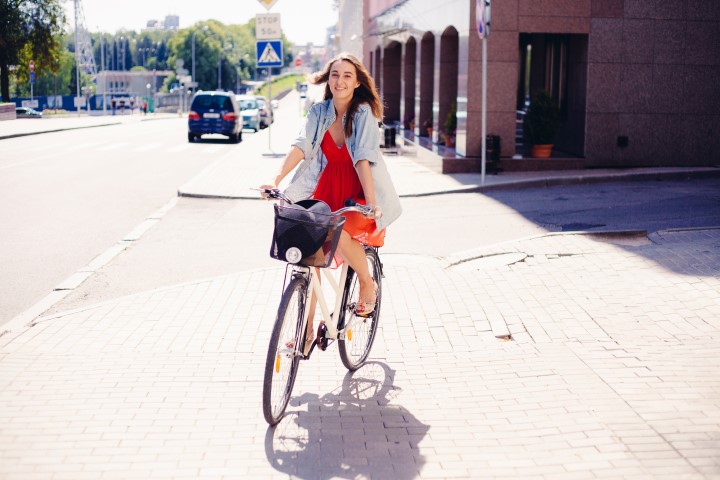 What accounts for the uptick in bike fatalities and accidents is uncertain since larger cities have not experienced the increase. You may point to Boston’s motorists whom many feel are notoriously unfriendly to bicyclists or to anyone else sharing the roadway.  There is also the rise in distracted driving with motorists using their smartphones to call, text or scroll through messages while oblivious to what is in front of them.  Motorists entering bike lanes to maneuver through and around traffic, parking in bike lanes and generally being unaware of bicyclists while turning are other likely causes.

The answer is yes and no.  Any technology that increases awareness of bicyclists to motorists or of approaching cars to cyclists will help prevent fatalities.  Two MIT students have come up with the Lumos bike helmet, an innovative device that lights up on the back and features turn signals and braking by the cyclist. Garmin has a device that alerts cyclists to an approaching vehicle and flashes the bike’s tail light to alert the driver.

Some cars like the Volvo have sensors that will automatically brake in the presence of a pedestrian or bicyclist that suddenly appears in front of the vehicle. Autonomous or self-driving cars, whose ubiquitous presence may only be 5 or 10 years away, have numerous sensors that can avoid collisions with cyclists, pedestrians and other vehicles.

Still, there is the ominous presence of smartphones and motorists who simply drive too fast and who will turn in front of cyclists regardless of the expensive head-wear and other gadgets.  Educating motorists, increasing fines for cars unlawfully in the bike lanes and continuing to crack down on distracted driving are the old-school methods that might be the best solution, at least until autonomous vehicles arrive to eliminate the human factor.

What to Do if a Bicyclist is Hit by a Car?

What do you do if hit by a car on a bike?  If you are not incapacitated, here are some suggestions on action you can take:

Your lawyer can obtain the police or traffic accident report when it is completed, which is generally 10 to 20 days after the accident. Witness statements can be crucial if your version differs from the driver’s. Your Boston bike crash lawyer can also visit the scene and see if video evidence is available. More importantly, your attorney can set up your injury claim with your and the other party’s insurer, monitor your treatment, obtain all necessary medical, school and employment records and negotiate with the driver’s insurer when it comes time to settle your claim.

Damages in a Bicycle Accident Case

Like any other personal injury matter, your damages will vary depending on the nature and extent of your injuries, liability, medical costs, wage loss and other factors. Your damages may include:

Call the Law Offices of Neil Burns, a Boston bike crash lawyer who has handled thousands of injury cases involving cars, trucks, motorcycles, pedestrians and bicycles. Often, liability is an issue in these cases and it is essential you have an experienced injury lawyer like Neil Burns to get you the compensation your injury claim deserves.  Call us today for a free consultation: 617-227-7423