During these days of partisan bickering and entrenched ideological positions that rarely sees cooperation in passing any kind of legislation, it is refreshing to report on a bipartisan bill that benefits some members of our community. In late August, Governor Baker signed a bill strongly supported by members of both major parties that offers protection to canines who are being treated inhumanely. 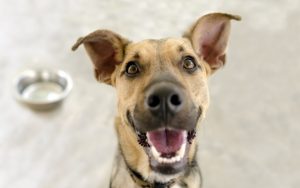 The bill, S 2369, an Act Preventing Animal Suffering and Death, addresses situations where dogs are left for hours in locked vehicles in severe weather and who are left tethered to long leashes for many hours or days at a time or longer.

It is always a sad sight when we pass by houses where dogs are tethered to long leashes in yards filled with animal waste and garbage. Many of these animals are half-starved and are rarely taken off their leashes for walks or to socialize with other dogs. The result is an angry and starved dog, ignored by its owner and often beaten, conduct which gives the animal  vicious propensities. Owners keep their dogs in such conditions to ward off trespassers and burglars. But in some cases, the dogs have little shelter and are kept outside and tethered 24/7.

Dogs are currently protected by laws prohibiting inhumane treatment such as forcing them to live surrounded by waste and filth, dirty water and other dangerous and unsafe conditions. The new law, S 2369 Act Preventing Animal Suffering and Death, extends further protections to dogs by limiting the number of hours a dog may kept tethered per day to 5. The animal cannot be left unattended and tethered between the hours of 10 pm and 6 am or when a weather advisory has been issued. Dogs may not be kept tethered at all during severe weather conditions.

The law also allows officials to issue citations to dog owners whose animals are kept in filthy conditions after verbal warnings are ignored.

In regards to animals left unattended in locked vehicle in extreme heat or cold where their health is threatened, the act allows first responders to rescue the animals while being given immunity from any lawsuit by the owner or being held criminally culpable. Citizens who spot animals under these conditions can also assist but must first call 911 if efforts to locate the owner are not successful and await the arrival of police or fire personnel before rescuing the dog. Immunity from civil or criminal liability was extended to them as well.

In 2014, there were 42 deaths attributed to dog attacks. Over 80% were from pit bulls, rottweilers and mastiff-type dogs. The majority of victims were adults. An astounding 4.5 million people across the nation are bitten or attacked by dogs with 800,000 having to seek medical treatment. The majority of injured victims are children under the age of 9, according to the American Veterinary Medical Association. The next highest group are the elderly followed by postal workers. 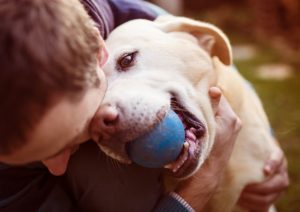 Dogs can be gentle animals, welcoming to people and other dogs, if trained properly, kept safe and under humane conditions and treated with love and affection. Unfortunately, there are dog owners who keep such animals for protection only and who want them to be vicious and threatening. To get them in such a state, the owner will starve the dog, keep it isolated and occasionally beat it to instill fear. Anyone who comes near the animal risks being attacked if the leash it is on extends long enough.

Other owners may walk their dogs, properly feed them and keep them in their homes but who have made little or no effort to properly train or socialize the animal. This can render it vicious but loyal to the owner to the point of attacking persons who come too close or who are perceived as threatening.

Dog attacks are a part of personal injury principles. Owners are held strictly liable under state law for any attack on another person. This means that the only proof an injured person needs is that the dog was owned by the defendant and the dog attacked the claimant. It is not a defense that the owner had not knowledge of the dog’s vicious tendencies or that the animal had never attacked or bitten anyone previously.

An owner does have defenses but must demonstrate that the claimant was teasing the dog, tormenting or abusing it or was trespassing on the owner’s property. This does not extend to a child who is under the age of 7 but the owner may still provide evidence of provocation by the child.

What to do if you’ve been bitten by a dog

What should you do if you were bitten or attacked by a dog under circumstances where you were not trespassing and took no action to torment or provoke the dog?

The first step, of course, is to seek immediate medical attention by you or someone else calling 911. A bite can result in rabies or other serious infection and needs to be attended to quickly. Police will be summoned as they need to know if the animal is a threat to public safety and why the animal attacked you.

If you are not familiar with the animal or its owner, the police can ask neighbors if they know the owner and where he or she may be found. In some cases, they may have to return to the area to see if the animal and owner appear or to ask persons or even business owners in the area if they have knowledge about the dog and owner.

You also need to find a dog bite lawyer who can advise you on what to do regarding your claim and who will represent you if your bite or attack resulted in significant injuries. A vicious attack can leave a person with permanent disfigurement or required plastic surgery to remove scarring. Muscles and tendons can be ripped and arms or legs left permanently disabled. Dogs often go for the throats leading to fatal injuries.

Neil Burns is an experienced dog bite lawyer who has successfully handled numerous dog attack cases. Most of these are pursued through the owner’s homeowner’s policy that will cover such incidents. If none is available, he can determine if the owner has other assets from which you may be compensated.

Injuries and damages are always key to how much compensation you may recover. Your dog bite lawyer will monitor your medical care, contact your health care providers about your treatment and extent of injury, and obtain any employment or school records. Mr. Burns will also contact the owner’s homeowner’s insurance company about your claim and negotiate a settlement to your satisfaction.

If you were injured in a dog bite or attack case in the Boston area or anywhere in the state, contact dog bite lawyer Neil Burns for a free analysis of your claim.