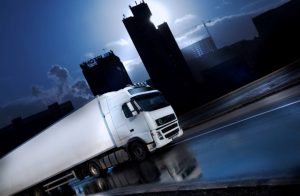 Truck accidents are rarely minor.  Tractor trailers can be road behemoths weighing 80,000 pounds or more when fully loaded but even smaller trucks in an accident with a passenger vehicle can cause serious and disabling injuries. If the accident is with a bicyclist, then the consequences are usually catastrophic or fatal.

Cities around the country, including Boston, have been encouraging its residents to cycle to work and have constructed bike lanes to accommodate them, implemented city bikes for anyone to rent and use and passed traffic laws designed to protect bicyclists.  However, trucks present unique problems since a bicyclist or a pedestrian can become trapped underneath the truck due to the wide space between the bottom of the truck and the roadway. With more cyclists on the roadways, these types of under-ride accidents have become more prevalent.  In response to the increase in such accidents, cities like Boston and New York are requiring and testing certain guards on specific types of trucks.

Making a left turn when a cyclist is present appears to increase the danger since the bike and rider can be struck by the vehicle and dragged under it, a scenario that rarely happens with passenger vehicles.  In 2015, the city of Boston enacted an ordinance requiring side guards, convex mirrors, crossover mirrors and safety decals on new trucks under contract with the city and that are over 10,000 pounds.

New York City has a similar ordinance that applies to a much larger fleet of 28,000 trucks although only 4800 are required to install side under-ride guards.  Waste haulers are also required to have the guards. According to city officials, the guards are the easiest way to save lives in accidents with certain trucks, eliminating the possibility of a person becoming swept under a truck with frightening consequences.

The experiment has not been without some difficulties.  Not all trucks are the same and the lack of uniformity requires that each truck be outfitted differently.  The guards also have to allow the trucks to maintain routine functionality such as getting to the fuel tank or tool box and have required operators to switch ladders on the vehicle to other locations.  The new ordinances, though, have spawned a new industry in providing these safety devices. Boston officials hope the devices will be required on trucks used by hospitals and universities.

Trucks are generally engaged in interstate commerce and are heavily regulated by federal and state laws.  As commercial carriers, they are held to a higher standard of care in relation to other motorists, pedestrians and bicyclists.  As a result, a bicycle accident lawyer must have the requisite knowledge of the trucking industry whenever an accident involving a truck and a bicycle occurs since a regulatory violation can cause the driver and company to be civilly or even strictly liable should a truck accident result in injuries.  If an under-ride accident occurs with severe or fatal injuries, then the fact that safety guards were available and highly advised but were not implemented may expose the trucking company to liability, especially if it had experienced similar accidents.

Truck accidents occur from a number of factors, including:

Any of these major factors can result in a truck driver turning in front of a bicyclist who was properly in a bike lane and becoming entangled under the truck. Injuries can vary from minor bruises to severed limbs, severe skin burns, broken limbs, paralysis, brain injury and death.

Damages in a Bike/Truck Accident

Injuries from a bike accident with a truck can be substantial if not fatal. Your damages in such cases depend on the nature and extent of the injuries and if a fatality occurred. Typical damages may include:

If a fatality occurred, a wrongful death action brought by the decedent’s estate administrator may include these damages for the immediate family:

Attorney Burns has been representing the interests of injured clients and the estates of persons fatally injured in truck accidents for the past 30 years. Call his office for a free, in-depth analysis of your injury or wrongful death claim (617) 227-7423.