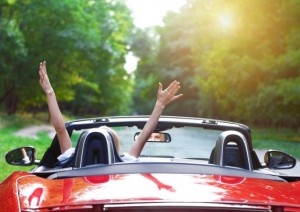 The summer months are often the most enjoyable for most of us.  School is out and the warm weather invites more outdoor activities such as going to the beach, camping, fishing, traveling, biking, and enjoying street fairs and concerts.  Unfortunately, it is also the deadliest season for traffic accidents and fatalities across the nation.

In Massachusetts, officials have launched a new safety campaign that focuses on educating people on safe driving practices involving teens, pedestrians, bicyclists and impaired driving as well as safely restraining infants and toddlers in car safety seats. The campaign was initiated by the Highway Safety Division of the Office of Public Safety and Security.

Although most of the measures are commonsense, constantly reminding people about safety and to be courteous to other motorists and people on the roadways does work since the majority of car accidents are due to human error.

Summer Can Be Deadly

It was not just hyperbole when Massachusetts Lt. Governor Karyn Polito referred to the summer months as “the 100 deadliest days.”  While winter driving in the state poses its own risks from sleet, black ice, snow and generally icy driving conditions, more people are on the roads in the summer months.

With schools out, there are also more inexperienced drivers on the roadways and many of them do not wear seat belts, though few drivers are unaware that wearing one saves countless lives and prevents thousands of serious injuries each year. Massachusetts is one of the worst states for drivers failing to buckle up. Weekends are particularly dangerous since even more people are the roads and the percentage of impaired drivers increases.

With lower gas prices and more people working, the roadways naturally have become more congested. The sheer numbers of people on the road increases the likelihood of accidents. In fact, 2016 may become the most deadly year for traffic accidents and deaths since 2007 with an increase of 30% of serious injuries in the first 6 months over 2014.  The NSC reported that 2015 saw the greatest one-year percentage increase in deaths and injuries in 50 years.  An improved economy and lower gas prices have contributed to more miles driven and unfortunately more accidents.

The state’s safety campaign is encouraging drivers to be on the lookout for and to be courteous to pedestrians and bicyclists.  Slowing down, not drinking and driving, refraining from cell phone use and avoiding driving late at night are all commonsense practices that can drastically cut down on car accidents.

As noted above, human error is the reason for the overwhelming number of accidents. Speeding accounts for 30% of fatal car accidents according to the National Highway Traffic Safety Administration. Drunk or impaired driving is responsible for 30 traffic deaths per day in the US.  But it is the popularity of smartphones and their addictive use that is the new scourge of unsafe driving.  AT&T released a survey indicating that 70% of drivers have used their cell phones while driving and 61% have admitted texting or using email while operating their vehicles. Studies from the Insurance Institute of Highway Safety show that it takes a user an average of 5 seconds to text or email.  If driving, you can easily travel over 300 feet in that span of time depending on your speed, more than enough to not see a roadway hazard or to take evasive action.  According to the National Safety Council, you increase your risk of being in a car accident by 8 times if you use a cell phone while driving.

Any time a driver is confronted with an unusual situation, it increases the risk of an accident. Trying to gain an advantage by speeding across lanes, making unsafe lane changes, going the wrong way on a one-way street or not seeing construction signs can lead to disastrous results.

Damages in a Car Injury Accident

Car accident injuries vary from minor back and neck sprains such as whiplash to catastrophic injuries including broken limbs, internal organ injuries, spinal injuries, traumatic brain injuries and death. Typical damages that your car accident lawyer can obtain for you may include:

Proving damages and obtaining all the compensation to which you deserve and are entitled to requires the skills and resourcefulness of an experienced car accident lawyer such as Neil Burns.

Car accident lawyer Neil Burns has been representing the interests of car accident victims in Boston and throughout Massachusetts for 30 years and has obtained millions of dollars for his accident victims and their families. Contact his office today for a free analysis of your accident claim.