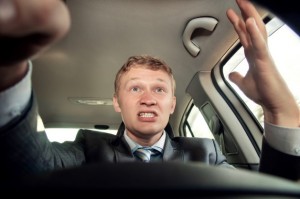 Those who drive around our marvelous state are probably well aware of the perils. Poorly designed or maintained roadways and congestion account for this although reckless drivers may be responsible for at least some of the hazards.  But for whatever reasons, Massachusetts cities ranks high when it comes to the incidence of traffic accidents.

According to a recent survey put out by Allstate Insurance that ranked the nation’s 200 largest cities for traffic safety, Worcester was ranked the worst for accidents followed by Boston.  Springfield was ranked fourth. No other state has as many cities in the top 10.

The study was based on claims history with the average Boston motorist filing a claim every 3.7 years as compared to every 10 years in the 59th ranked city. According to the study, your chances of being in a car accident in Boston is 135% higher than the average American motorist.

Is Worcester the Worst City For Motor Vehicle Accidents?

Worcester, unfortunately, suffers from a high crime rate that includes a high number of auto burglaries and break-ins. While it may have more car accidents than other urban areas, the majority of its accidents are minor. And despite the high accident rates in in Boston and Springfield, our state has fewer fatal car accidents than any other state.  This may be due to the fact that urban car accidents often involve slower speeds.  With highly congested roads, car accidents are more likely to be simple rear-enders or side-swipes from cars trying to change lanes while caught in slow moving traffic or result from sliding on icy roads during the treacherous winters.

Drivers in Worcester, however, have point when it comes to driving there.  For example, you are forced to make a left turn onto Lancaster Street off Highland if you fail or forget to merge right and you cannot make a right turn from Main Street onto Chandler.  Other complaints involve circular on-ramps that are next to busy streets that lack clearly marked lanes and traffic that enters from multiple directions at other intersections. The chaos and confusion seems to encourage drivers to run red lights or to make illegal turns.

Besides the usual congested roadways, many streets in Boston are old and have not been upgraded for years, save for the Big Dig.  In the older parts of the city, roads were laid out before or during the Revolutionary War.  Narrow streets, the lack of bicycle lanes or parking spaces and frustrated motorists competing with jaywalking pedestrians and all other modes of transportation do not make for a calm and restive town.

Visitors to Boston commonly complain about the lack of courtesy shown by our motorists.  The “Boston left” is a term used to describe motorists who when a traffic light turns green will turn in front of you before you make it to the intersection.  There is also the “Boston bump” given by impatient motorists who bump you when the light turns green just as a reminder to get going.  Of course, that depends on whether someone is paying attention to the traffic lights or are texting or otherwise distracted.

Springfield suffers from a high crime rate, which seems to correlate with poor or dangerous driving conditions.  However, the city does boast the Basketball Hall of Fame, Springfield College, historical sites and a fabulous zoo.

Still, it is not a particularly safe place to drive according to statistics.  Its drivers have an average time between collisions of only 5.2 years and possess the fifth highest rate of relative accident likelihood.  It was also the smallest of the cities to rank in the top 5 of the most dangerous cities to drive in.  The intersection of State Street and St. James Avenue in Springfield has a 58% accident injury rate, one of the highest in Massachusetts.

Aging infrastructure, bad weather, narrow and congested streets, high crime rates and too many people on the streets combined with reckless driving habits may account for the poor performance of our state’s towns and cities when it comes to safe driving. But you can help make our state’s roadways safer by following these tips on safe driving:

Of course, these are just commonsense tips but far too many motorists are too aggressive, engage in distracted driving and are too impatient.  The roads are not going to get safer anytime soon so either petition your congressman or wait until road upgrades are hopefully made sometime in the near future. Further, if you are in a car accident, it helps to have a car accident lawyer like Tim Houten to handle your claim from start to finish.

Car accident lawyer Neil Burns has been representing the interests of injured car accident victims for over 30 years.  His familiarity with the cities and towns across the state and with the courts make him a reliable advocate for injured claimants and a formidable opponent to defense insurers and attorneys. Call his office today for a free evaluation of your car accident claim.