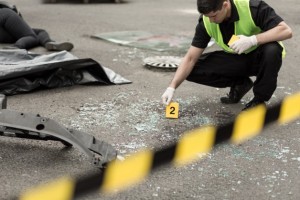 It is unfortunate that many injury victims either try to handle their own injury claim or retain an attorney who is inexperienced or only interested in a quick settlement.  Studies have consistently shown that claimants with legal representation obtain substantially more compensation than if they handle their claims alone, even when accounting for legal fees. Second, claimants also receive far more in compensation when they have an attorney who will advocate for them zealously, vigorously and who take the extra step in obtaining the compensation their case deserves.  Experienced attorneys understand the system that insurance companies are working in.

Knowledgeable and seasoned personal injury attorneys recognize when an accident that leads to an injury may have hidden aspects to it that can substantially increase compensation.  For instance, in a recent case in Toledo, Ohio where a teenage bicyclist was struck and killed by a motorist in a pickup truck, the decedent’s family lawyer was able to show, likely through subpoenaing the driver’s medical records, that the driver’s vision was impaired by a condition called diabetic retinopathy and severe macular degeneration.  Records also showed that the defendant’s eye physician had told him to refrain from any further driving about two months before the fatal accident.

We litigated a case where a young boy was run over by a pickup truck.  Using a nurse as an expert witness to evaluate the medicines that the pickup truck driver was taking, we determined that the driver was taking more than double the dosage of medications recommended.  This showed the insurance company that a jury would see that their insured would not be a favorable witness and the case settled at mediation.

A crucial factor in many injury claims is the lack of adequate insurance coverage that a defendant may possess.  However, a skilled attorney will look for additional parties whose role in causing an accident is not always so apparent.

For example, a car accident case may seem to indicate that the motorist alone was responsible for the accident.  However, a careful review of the accident report might reveal that the defendant claimed the brakes or steering were not adequate.  There might also have been a signage problem or a defect in the roadway design that inhibited the driver’s view.   By deposing the defendant or by sending a set of prepared questions called interrogatories to the defendant, a savvy attorney might discover that that the brakes or steering mechanism had just been serviced or replaced.  By having an expert examine the car, it could be shown that the service garage that performed the maintenance did a poor job or that the brakes or steering were defective. Also, an expert could visit the accident site and determine that the roadway was defective in some way and that the defect was a factor in causing the accident. Accordingly, you may now have additional defendants with considerable resources whose negligent manufacture, design or maintenance contributed to the accident.

In a dog attack case that killed a small child several years ago in a Minneapolis suburb, a skilled attorney was able to show that additional defendants were causally responsible for a tragic incident.  Through careful questioning of the defendant, interviews with the defendant’s neighbors, a review of city records and an expert’s examination of the cage that housed the dog, the family’s wrongful death attorney was able to show that the cage had a defective built-in lock and that city officials had failed to act on numerous complaints about the dog’s vicious tendencies and previous attacks.  A less aggressive attorney might only have concentrated on the dog owner’s homeowner’s policy.  As a result of the attorney’s diligent inquiries, the family was able to obtain considerably more compensation for the tragic loss of the child by including the manufacturer of the cage and the city in a wrongful death claim along with the dog owner.

Proving damages is an essential part of any injury claim or lawsuit.  In Massachusetts, a wrongful death claim may only be brought by the administrator for the decedent’s estate on behalf of the immediate family for loss of consortium and/or a survival action to recover for the decedent’s personal damages.  Damages in these cases may include:

The skill and competence of an experienced attorney in wrongful death claims can greatly increase the compensation to which you or your family may be able to obtain.  A thorough investigation and insightful discovery through deposing defendants, witnesses, health care providers and experts can establish that the decedent was conscious and in great pain before succumbing or that the decedent was entitled to receive certain employment benefits, thus greatly increasing the potential compensation.  If grossly negligent conduct can be demonstrated, then punitive damages may also be awarded.

Neil Burns is a wrongful death attorney in Boston who during his more than 30 years of practice has handled numerous wrongful death actions on behalf of clients Boston and throughout Massachusetts.  His dedication to each case and empathy with his clients have earned him the trust of countless clients by resolving their claims to their ultimate satisfaction.  Call his office today for an in-depth analysis of your claim.