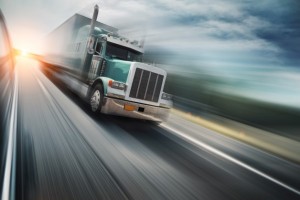 Safety regulations are usually implemented in response to concerns about injuries and accidents plaguing a particular industry. For the trucking industry, regulations have been strict and comprehensive and affect the number of driving hours and rest periods, record keeping, drug testing, loads and weights, speed and truck lengths among others.

Nevertheless, the trucking industry has been fighting regulations for years, arguing that most are excessive, irrelevant or do not contribute to increasing safety.  Recently, Congress has listened to the industry’s lobbyists and has scaled back regulations.  The result has been an increase in trucking accidents.

The increase in accidents is partially due to a growing economy that has put more trucks on the roads but many truck accidents are the result of allowing tired drivers to keep driving despite the obvious dangers associated with fatigue.  In 2013, statistics showed a rise of over 17% in fatalities involving trucks since 2009.  In 2014, truck crashes accounted for 3,380 fatalities.  By 2014, it had risen to 3.944.

Examples of the influence of lobbyists that has threatened safety and the lives of motorists involve issues of sleep apnea and shorter rest periods that potentially place more unsafe truck drivers on the road.  Instead of implementing measures that addressed these issues and saved lives, such rules were watered down or the rules that were passed deliberately left unfunded by lawmakers so that enforcement was not unlikely.

Sleep apnea is a not uncommon condition where your airway frequently closes while you sleep. The condition can be hazardous to your health and it also leaves you exhausted while awake since you are unable to experience the deep sleep that is necessary for your body to recover. For those who drive for a living, this poses a substantial risk since fatigue and falling asleep at the wheel is a major factor in car and trucking accidents.

The Federal Motor Carrier Safety Administration (FMCSA) has recommended that truckers be tested for the condition since it lists sleep apnea as a major concern in the transportation industry.  A Harvard study found that sleep apnea dramatically increased the risk of crashes in truck drivers by up to 5 times.  Coupled with the fact that about two-thirds of truck drivers are considered medically obese, a condition that exacerbates the risk of sleep apnea, you have a potentially lethal combination that is causing devastation on the nation’s roadways.

Despite strong evidence correlating sleep deprivation to increased risk of motor vehicle accidents, the trucking industry has fought back since a diagnosis can put drivers off the road for extended periods and cost thousands of dollars to treat for drivers with inadequate health coverage.  Consequently, lobbyists “convinced” Congressmen and women to write a law addressing the issue that can take years before it comes to the floor for a vote. Sold as a safety enhancement, it only screened drivers for the condition without requiring afflicted drivers to be removed from operating their vehicles.

In 2013, the FMCA revised a rule that required truckers to take 34 hours off after driving a certain number of hours or days by mandating that 2 nights be included and that there be no driving between 1 am and 5 am. This measure reduced the number of driving hours from 82 to 70 per week. Again, in the face of credible evidence that fatal accidents double at night, the industry argued that this increased the risk because more vehicles were on the roads during daytime when drivers would have to be driving.  A Republican lawmaker from a state with favorable trucking laws (Maine) acceded to the industry’s false assertions and quietly included a provision in the regulation that suspended funding to enforce the revision.  Though the funding bar was temporarily dismissed after a horrendous accident where a fatigued truck driver slammed into the limo of actor Tracy Morgan, it was later resurrected by Senator Susan Collins of Maine during a Congressional funding battle and passed.  Consequently, the carnage continues while lawmakers give in to the interests of the industry and ignore those of their constituents.

The New Reality in Truck Accidents

Many truck drivers are independent or work for smaller companies.  In both cases, pay is low and the pressure to deliver loads on schedule, or ahead of schedule, permeates the industry.  As a result, drivers are incentivized, if not encouraged, to side-step strict driving and rest rules since they are paid by the load.  Driving long hours, eating fast food or unhealthy meals at truck stops and the lack of exercise and boredom all contribute to a lethal mix where drivers cannot help but feel fatigued during most of their driving time.

Though logbooks have long been a requirement, truckers often falsify entries regarding hours driving, time of pickups and deliveries.  Safety meetings or classes are rarely attended, if administered at all.  In many of these catastrophic trucking accidents, investigators routinely uncover discrepancies in log entries regarding rest periods, loads and weights and maintenance.  If anything, the investigations provide evidence that a truck accident lawyer can use while representing an injured client or family of a truck accident fatality.

Damages in a Trucking Accident

Because of the sheer size and weight of a truck that can often exceed 80,000 pounds when fully loaded, accidents can result in life-changing injuries.  A catastrophic injury includes paralysis, traumatic brain injuries, fractures and damage to organs so that an injured victim’s once routine daily activities become major problems to perform.  Families suffer as well from loss of income and the emotional trauma that often results in having to care for a severely disabled family member.

Damages in a typical truck accident can include:

In a Massachusetts wrongful death action, the administrator for the decedent’s estate brings the action on behalf of the immediate family.  Damages can include:

Contact truck accident lawyer Neil Burns of Boston if you or a loved one was injured or killed in a truck accident. In many of these cases, a fatigued driver who ignored or skirted strict regulations regarding hours on the road, rest, maintenance or others was the cause. Also, trucking companies usually have policies of $5 million or more that can provide adequate compensation so long as liability and damages are proved.

Call Neil Burns today for a free analysis of your injury claim.