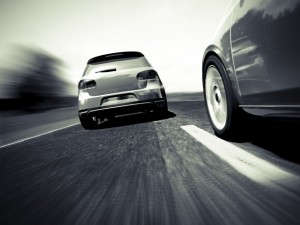 Recently, residents along Beacon Street in Back Bay were treated once again to an incident of street drag racing that has plagued this stretch of roadway and those who reside on or near it for much too long.  In this case, one of the racing vehicles jumped the curb and struck a pedestrian before the occupants quickly exited the car and jumped into the other participating vehicle and sped off.  Fortunately, the pedestrian was not seriously injured.  The accident underscored the issue of uninsured motorist coverage to injured parties if not the prevalence of street racing that endangers residents in the Boston community.

All motor vehicles in Massachusetts are required to have auto liability insurance with minimum limits of $20,000 per person and $40,000 per accident.  This means, if the responsible party has minimum insurance in Massachusetts, that no single individual can recover more than $20,000 for any accident and multiple victims must divide up $40,000.  Of course, coverages can be $100,000 and more when vehicles are fully insured.

In the street racing incident, it is possible that either or both of the cars were insured though about 20% of all vehicles on the roads at any one time are uninsured.  The license plate of the fleeing vehicle was recovered and if the driver and occupants are identified, the injured pedestrian could bring a claim against the drivers.  The owner also bears responsibility in Massachusetts, regardless if he or she was driving.

However, street racing is a high risk activity that most insurers will refuse to cover.  This would render the vehicles as uninsured and force the injured party to seek alternatives to compensation other than the vehicles’ auto policies.  This could mean suing the drivers or owners personally and then trying to collect on a judgement, a process that is often futile, or seeking compensation under the uninsured provision of the pedestrian’s own auto policy, provided he possessed such coverage.

In many hit and run accidents, or in the above case where drag street racing was involved, you may have to pursue compensation under your own auto liability policy so long as you have uninsured coverage.  A minimum UM policy is mandatory for Massachusetts cars; and we strongly recommend securing the maximum.  UM coverage also applies if you are a pedestrian since a motor vehicle was involved.  If you do purchase coverage, having the minimum amounts of $20,000 per person is woefully inadequate in many injury cases.  Coverage of at least $100,000 is highly recommended since you can easily incur thousands in medical expenses for an ER visit, diagnostic tests and an overnight hospital stay.  Continued treatment over a period of months can quickly mount to a substantial expense.

To pursue a UM claim, you must contact your insurer promptly after an accident or retain a UM attorney, or personal injury lawyer, to represent you who will file a claim for you.  A police or traffic accident report is essential, though not mandatory, to verify the incident and that your car was either struck or you were forced to take evasive measures that led to your accident.  If you are a pedestrian, then eyewitness testimony may be needed to verify the hit and run. In some cases, adjoining businesses or cameras at intersections can capture the incident on film.

Like any other personal injury claim, you do have to prove that the other motorist was causally responsible for the accident and that your injuries were caused by the incident.  If you have a pre-existing condition, you can still recover for the additional damage so long as medical testimony can apportion or assign a percentage of a disability or an exacerbation to the accident as distinguished from a prior incident that may have initially caused the condition.

Similar to an action against an insured driver, your attorney and the UM carrier or its attorney will engage in discovery and exchange documents supporting liability and damages.  Depositions  or statements under oath may be taken of you, any witnesses and your medical doctors regarding liability of the uninsured driver and of the nature and extent of your damages and the reasonable cost of your treatment.

Damages in a UM case can include:

Should your case not settle, then it is subject to arbitration against your insurance company as you are not entitled to a jury trial.  You may have an arbitrator selected by an arbitration service such as the American Arbitration Association or you may mutually agree on one.  The rules of evidence are followed though the matter is less formal and can be much more quickly resolved than in a jury proceeding.  Any award is binding on both parties.

Neil Burns is a Boston Car Accident attorney who has been practicing law for over 30 year in the Boston area.  Uninsured motorist cases are commonly handled by him and he has successfully settled claims involving drag street racing that injured innocent pedestrians or other motorists. He can advise you on the UM process, other potential avenues of compensation and how to maximize your opportunity for obtaining the most compensation for your injuries.  Contact Attorney Neil Burn’s office today for a free analysis of your injury claim.