Texting and Driving: An Unnecessary Risk 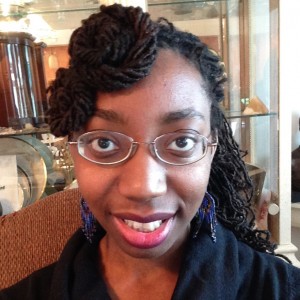 It seems that not a week goes by without the publication of an article or a sarcastic comic strip that decries so-called millennials. Myriad sources claim that those who are coming of age in the Internet age are lazy, entitled, and have short attention spans, especially where modern communication technology is concerned. Though these critical voices often unfairly overlook the positive characteristics of today’s young people (e.g. lower rates of teenage pregnancy,i lower rates of alcohol and illicit drug use,ii etc.), they have reason to raise the alarm when it comes to one modern problem in particular: cell phone use while driving.

Cell phone use, specifically texting and driving, is estimated to be the cause of between 281,000 and 786,000 (or 5-14 percent) car crashes per year in the United States.iii Although the overall number of fatal car accidents is declining, the number of fatal texting-related car accidents is on the rise.iv Forty-five percent of high school students report texting and driving,v as do between 74 and 92 percent of college students.vi However, this is by no means only a problem among the youth, considering that many teenagers observe their parents and older family members using their mobile phones in unsafe ways while operating a vehicle.vii The commonplace nature of this phenomenon may make it seem as though texting while driving is no big deal, but the fact of the matter is that, by engaging in this activity, you risk fines, jail time, and debilitating or fatal injury.

Legislation meant to punish those who text and drive has increased dramatically over recent years. The national median amount that someone can be fined for the first offense is $100, but the fine amounts can vary, depending on the state. Alaska is notable in this regard, since its police force can issue fines of up to $10,000. No other state issues such high fines for this offense. In California, the fine is only $20.viii Furthermore, certain city governments have standards for fining that are different from those established by their respective state governments. If you happen to live in a state with a relatively low fine, you might think that it is worth the risk to text and drive. Think of it this way: it is not going to be any more enjoyable to spend money on this sort of fine than it would be to pay for a parking ticket or a speeding ticket. We all have things on which we would rather spend our money. Besides, if accidents caused by texting while driving continue to increase, it is not unreasonable to assume that states would eventually increase their existing fines or that the federal government might institute a nationwide standard.

As time goes on, offending drivers are not only receiving fines, but also jail time. States where people have been arrested for texting and driving include Alaska, California, and Massachusetts. Jail sentences can range in duration from one to five years. It is important to be aware that both fines and jail time can cause college-bound students to lose scholarships or admittance. Even if college plans are not in a young person’s future, going to jail for something so avoidable and unnecessary is obviously undesirable.

Of course, texting and driving is an activity that endangers your life—as well as the lives of others—not just your freedom. Eleven teenagers die per day from car accidents where cell phone usage was a factor.ix People often do not realize how long their attention is not on their driving when they are sending even a simple text. Even a phrase as short as “I’m on my way home,” can take 37 seconds to finish while operating a vehicle. In that time, a driver is typically only looking at the road for 11 seconds.x Looking down at a cell phone for even just five seconds while traveling at 55 miles per hour means that the driver is traversing the length of a football field without even realizing it.xi The combination of high speeds and inattentiveness too frequently results in tragedy.

“Ok,” you might say to yourself as you are reading about these dangers. “Those are all serious risks, but I’m very careful about my texting. These things won’t happen to me.” It is common for those accustomed to texting and driving to insist that they are being safe, in spite of the risk. Some might only text when the traffic light is red, or when they are in stop-and-go traffic. However, anyone who does this is naturally going to be familiar with the honk of the impatient driver in the car behind them, alerting them to the fact that the light has changed or that traffic has moved. In these instances, the texting driver typically attempts to modify their behavior in an unsafe way in order to compensate for their lack of attention: suddenly speeding up or slowing down, jerking the wheel to the side upon noticing that they have drifted out of their lane, and swerving out of the way of obstacles at the last minute are a few examples. Other drivers on the road then have to pay even more attention than they otherwise would in order to react to the texting driver.xii

Moreover, those who are specifically trying to avoid the attention of police officers while they text and drive tend to put their phones in their laps or in other places where it is less obvious that they are looking at a phone. This causes them to look away from the road for even longer periods of time than they otherwise would, increasing the risk for a collision.xiii In general, no one who finds themselves in the aftermath of a car accident caused by looking at the screen for “just a second” thought that they would find themselves in that situation beforehand. If you were to ask them, many would say that they, too, were always careful.

As you are reading this, you might think that all I have to offer is doom and gloom. This is not so! In writing this essay, I naturally thought it important to take seriously the costly, deadly, and increasingly illegal aspects of texting and driving. That being said, I also havepractical suggestions for those who are trying to kick the habit. Below I have listed some tips that I have found useful in avoiding texting or general phone usage while driving:

Firstly, ask your passengers for help. I got this tip from observing my younger sister, who is always exceptionally focused while driving. She does not even answer phone calls while driving, so she is even less likely to text. If there is someone in the car with her, she will often ask them to write a brief response to text messages and answer phone calls for her. I would highly recommend this tip for anyone who regularly carpools or travels with friends and family.

If you do not regularly drive with others in the vehicle with you, and if you perceive your text conversation to be of the utmost importance, my second suggestion is to pull over into a parking lot to finish it up. It provides a great opportunity to send a message such as, “I’m on the road right now so I’ll see you when I get there,” or “I’m on my way so I won’t be able to respond if you send me anything.” Oftentimes, reminding the person to whom you are speaking that safe driving is important to you will influence that person to refrain from pulling your attention away from the road. In addition, pulling over is also a good option for when you want to enter something into your GPS or when you want to switch up your music for the ride. If you are in a hurry to get to your destination, you might be reluctant to stop for any amount of time. But consider this: getting into an accident or getting pulled over will cause a much greater delay than taking a few minutes to resolve any business with your phone before continuing on your way.

Thirdly, use technology to help you out. I know you must be thinking, “This whole essay has been about how distracting technology can be while driving. How can technology help the situation?” Well, to start, if you have a smartphone, as 61 percent of cell phone users do as of 2013,xiv there are many tools at your disposal to diminish distracted driving. If you have an iPhone or the Windows Phone 8.1, you already have access to Siri or Cortana, respectively. Siri and Cortana can both compose and send messages on your behalf, and they can read incoming messages as well. It is not necessary to look at the phone screen to summon Siri or Cortana, and sending a message is as simple as dictating, “Tell my brother I’m running a bit late,” or “Ask Stacy, ‘Will you please pick up some pizza on your way home?’”

If you do not have an iPhone or a Windows Phone, or you happen to dislike Siri or Cortana, there are plenty of third-party mobile applications with similar functions. Some examples are Vokul, Voice Answer, and SpeakToIt Assistant. Additionally, if you use AT&T as your phone company, you can download an application called DriveMode. DriveMode automatically activates when your vehicle is moving at 15 miles per hour or faster. It silences incoming notifications, and it allows one-touch access to your music, your navigation application, and any of five phone numbers that you can pre-select for speed dialing. Even if you do not have a smartphone, you still have technological options for reducing the temptation to peek at your messages. You can put your phone on airplane mode, on vibrate or silent, or you can turn your phone off entirely for the duration of your trip.

The bottom line is this: no text message, Twitter update, Tumblr reblog, or SnapChat is worth your life. Youth tends to make people feel as though they are invincible, but this is far from the truth. One of the great aspects of modern communication technologies is that immediate response is not inherently necessary. Any notification that you receive will be waiting for you until the point when you can give it your undivided attention. Any person communicating with you will be more distraught if something bad happened to you than they would ever be from you not responding to their text right away.