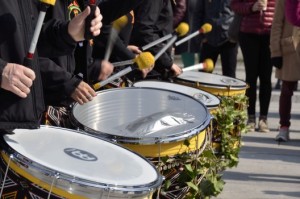 On March 20, 2016, Boston will stage its annual St. Patrick’s Day parade, a tradition that began in 1901.  Other Massachusetts towns and cities will have their own parades, either this day or beginning as early as March 5 and during subsequent weekends up to the day of the Boston festival.  Of course, the focus for many will be on the parade in South Boston, or Southie as natives refer to this area, a slice of the city that its residents boast is the most Irish in America. But along with the celebrations, colorful costumes, music, food and other festivities, lurks the dangers of drinking and driving.

The South Boston parade begins at 1:00 at the Broadway T station and winds its way to Telegraph Street before ending at Andrew Square.  Afterwards, people are encouraged to walk along Boston’s Irish Heritage Trail that goes through downtown, the North End, Beacon Hill and Back Bay.  You can visit and learn about the famous and the infamous who have so richly contributed to American politics, art and to the defense of our country.

Street celebrations in any part of the country involve the sale of alcohol.  Public drinking is not allowed but the bars will be open with their green tinted beers and other drink specials.  Revelers always manage to drink on the streets anyway though police are on the lookout.  Last year, Boston police issued 278 citations for public drinking during the parade and arrested 10 people. In 2014, 293 citations were issued and 3 people arrested for public drinking. An arrest may be precipitated if the person is heavily intoxicated and/or is causing a disturbance.

Though you can certainly walk and have a few drinks if you wish at any of numerous places serving alcohol along the way, parade-goers are sternly warned about drinking and driving.  You cannot legally operate a motor anywhere in the US if your blood alcohol level is at least 0.08%. If you are under 21, any level is unlawful. Penalties include loss of your driving privileges, community service or possible jail time along with fines, court costs and legal fees and increased insurance premiums that can easily top $10,000 when added together.

You can avoid drinking and driving by any of these suggestions:

In any event, practice moderation. You spoil a good time for yourself and others by drinking excessively.

Liability for Drunk Driving in Massachusetts 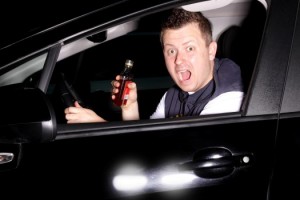 Intoxicated driving remains a major problem in Massachsuetts.  Everyday a family is devastated because a drunk driver killed their son, daughter or parent.  Drinking impairs judgment, increases risky behavior and increases the perception/reaction time of drivers to a hazard on the roadway. Many drunk drivers cause accidents by the following conduct:

Motorists whose blood alcohol is high and kill someone may be responsible for gross negligence or reckless conduct that exhibits a willful indifference to the safety of others.  In Massachusetts, such drivers may be liable for punitive damages to the family of a person killed by their grossly negligent behavior.

Dram shop laws in Massachusetts may also impose civil liability on establishments that continue to serve alcohol to an obviously intoxicated person who subsequently harms another person by driving drunk or by any other negligent conduct.  During the St. Patrick’s Day Parade, bars and restaurants must be vigilant for patrons who have been partying too hard and avoid serving them or to cut them off if they display signs of intoxication such as slurred speech, erratic or belligerent conduct or are otherwise seen to be under the influence.

In the event of a Dram Shop lawsuit, witnesses who observed the bar or restaurant staff serving the person are essential.  Evidence of liability can be shown if the already drunk person who was served nonetheless was seen with car keys at the bar or whom the staff knew would be driving despite being obviously intoxicated and the bar staff failed to take any steps to prevent the person from driving.

If the injury occurred shortly after the defendant left the bar and his or her BAC results were well over the 0.08% threshold, this could be evidence the person was clearly intoxicated when served. Injured persons should immediately seek the services of an experienced drunk driving lawyer who has successfully handled dram shop cases in Massachusetts.

Homeowners, however, are not necessarily liable for similar conduct in providing alcohol to persons who are already intoxicated.  Criminal penalties will be assessed if the person served was a minor but there is no civil liability to any person subsequently injured by the drunk guest, although the guest can certainly be legally responsible for causing an accident and any damages that result.

If you or a loved were injured by an intoxicated driver in Massachusetts, your damages might include:

In fatal injury cases, the immediate family members may bring a wrongful death action and claim:

Neil Burns is a drunk driving lawyer who has handled personal injury and wrongful death claims after accidents caused by intoxicated drivers and who may have been negligently served by an establishment that provided alcohol.  Call his office today for a free consultation about your injury or death claim.