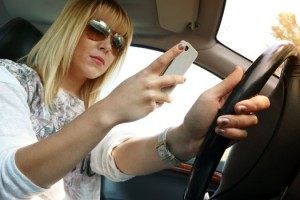 In January, the Massachusetts Senate passed by voice vote a ban on hand-held cell phones while driving.  The bill is currently in the Massachusetts House where it will continue to be debated but, hopefully according to many frustrated lawmakers, still intact.  This is a big win for any future accident victims who were hit by distract driver, and provides the tools necessary for a distracted driving lawyer to get you the compensation you deserve.

Massachusetts passed a bill banning texting while driving in 2010.  Despite issuing over 10,000 citations over this time, law enforcement professionals cited a gaping loophole wherein alleged violators could claim they were dialing a number rather than texting.

Legislators also commented that though traffic accidents and fatalities are decreasing, the number of accidents and deaths involving cell phone use is rising. According to the Centers for Disease Control (CDC), 9 people die each day in the US in a motor vehicle accident from distracted driving, which includes texting or any cell phone use.  A person who dials a cell phone or texts while driving takes their eyes off the road an average of 5 seconds.  At 60 miles per hour, the automobile would travel 440 feet or far more than the length of a football field with their eyes off the road, more than enough time to collide with another vehicle, and injuring you or a loved one.

If the House passes the measure that bans hand-held cell phone use while driving, Massachusetts would only be the 15th state along with the District of Columbia to ban such use. 46 states, according to the Insurance Institute on Highway Safety, have banned texting while driving.

How Would This Proposed Law Help Injury Victims?

In its present state the bill includes a $100 fine for an initial offense, $250 for a second and $500 for a third offense; the same fines imposed for texting while driving.  An exception is for an emergency.  Also, law enforcement officers would be exempt.  Repeat violators would also be required to take a distracted driving class. An attachment to the bill creates public awareness programs.

Blue tooth and other devices allow for dialing and hands-free use of a cell phone. Some lawmakers argued that even this creates a risk since an involved conversation while driving is itself a distraction.

Victims of personal injury and wrongful death could cite the violation if it was the cause of the motor vehicle collision.

How a Bill Becomes a Law in Massachusetts

Any legislator in the Massachusetts House or Senate can introduce a bill by registering it with the House or Senate Clerk’s office. If it involves money, it must originate in the House. All bills are submitted to a committee designed to handle the particular subject matter of the bill where it is given a number.  A public hearing is then held on the bill before the committee with any member of the public free to appear and make comments to support or oppose it.

Once heard in committee, the chairperson reports it out of committee favorably or unfavorably. If the latter, it is designated for a study order but will be sent to the floor of the House or Senate for concurrence.  If no one objects, it dies a peaceable death.

If sent out favorably, it may be submitted to another committee.  If money is involved, it goes to the House Committee on Ways and Means.  Any other bill that goes to Ways and Means almost always means it will die there.

Any bill that makes it out of committee goes to the Committee on Steering Policy and Scheduling and to the Committee on Third Reading.  If it reports out of the committee, it goes to the floor of either the House or Senate.  Like the handheld cell phone bill, it passed the Senate or engrossment and now is in engrossment or on the floor of the House.  Should the House pass the bill that looks different from the one it received a conference committee will smooth out the differences.  Once accomplished, it will go to the original branch or Senate in this case, for approval and then back to the House for its approval. It is then enacted in both branches before going to the governor for signature.

If the governor signs the bill, it becomes law in 90-days.  If s/he vetoes it, it goes back to the legislature where each branch must vote to override the veto by a 2/3 majority vote, or it will die.

If the ban on handheld cell phones while driving becomes law, it can be referred to as stronger evidence of the responsible party’s negligence in causing an accident if the driver violated the law in this regard.  Distracted driving lawyer Neil Burns can subpoena the driver’s cell phone records to determine if the driver was talking on the phone and was distracted while making an unlawful turn or lane change, ran a red light or stop sign, failed to see the pedestrian in the crosswalk or otherwise caused an accident.

Call Boston personal injury lawyer Neil Burns if you were injured by a distracted driver or by any other negligent conduct of another motorist. Mr. Burns has been representing the interests of injured victims in Boston and the surrounding communities for over 30-years.