So, are energy drinks really bad for your health?  Go to any convenience stor, liquor store or aisle of most grocery stores and the shelves are stocked with several different brands of “energy drinks” such as Red Bull, Monster, Full Throttle and Rockstar, to name just a few.  A close examination of the ingredients in these beverages reveals a large dose of caffeine and an unknown quantity of sugar, a sure warning sign that the drink is not good for you. Other ingredients are a mystery to most people, such as Guarana. This is a South American fruit loaded with caffeine!

These drinks are heavily marketed to teenagers and young adults and feeds their desire for workout supplements or drinks or to keep them awake due to their active lifestyle.  Until 2013, these drinks were considered a food supplement and not subject to FDA regulations.  Now, though, they are a food and must comply with regulations regarding disclosure of ingredients, which must be safe for consumption, among other regulations.

Caffeine and sugar are addicting substances.  Too much of these substances and an individual can suffer certain unpleasant or dangerous symptoms and lead to life-threatening conditions such as diabetes, heart attacks and stroke.

Recently, a leading consumer law firm sued Monster Beverage Corporation over its product, marketing and testing practices on behalf of 100 individuals whom the lawsuit claimed had suffered various traumatic injuries from drinking the product including heart attacks, strokes, kidney damage and brain damage.  The complaint’s allegations are supported by a study in the International Journal of Cardiology that reported that just two energy drinks per day can lead to serious heart problems.

A British insurance worker might be a viable source to anyone who has concerns about imbibing these drinks on a regular basis.  Martin Bowling of Essex, 28 years of age, had been drinking Red Bull for about 7 years, gradually increasing his intake over this time. He needed the drinks not only as a boost during the day but to get to sleep as well, spending an astounding 75 pounds per week, equivalent to $105 US dollars.  After binging on 8 drinks one day, Bowling suffered a heart attack.  Though he obviously drank much more than recommended, the incident underscored the dangers in these drinks to young people or children who can suffer exaggerated effects such as rapid heartbeat, anxiety, dizziness and nausea.  These drinks may also be fueling a generation of adults who will suffer catastrophic injuries from ingesting these drinks over a period of years.

Driving Under the Influence of Caffeine? 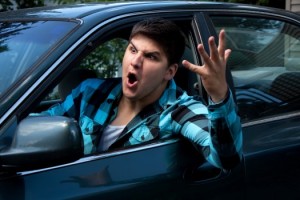 Ironic as it may sound, being arrested for driving under the influence of caffeine is not as farfetched as it seems.  Laws regarding intoxicated driving provide that anyone can be arrested for impaired driving which includes alcohol, controlled substances or prescription medications though other substances could be included. You may not legally drive if your blood alcohol concentration (BAC) level is 0.08% or higher, but you can also be convicted for driving while impaired despite your BAC level so long as some substance you took caused the impairment.

You can imagine a scenario where a police officer notices a motorist driving erratically or who violates a traffic law such running a red light or speeding.  Though the driver does not appear to be drinking and does not admit to drinking or any drug use, the officer notices that the motorist is anxious, nervous, sweating and is fumbling with his wallet.  The driver may also be squinting while looking for his insurance card.  The office asks the motorist to perform some field sobriety tests to test his coordination.  This includes walking a straight line, finger to nose test, standing on one leg or counting backwards.  The driver fails and the motorist is arrested for impaired driving.  Whether it was a controlled substance or a legal substance that caused the impairment, the law makes no distinction

The driver, if he or she caused an accident, may be responsible for driving negligently.

Caffeine produces some symptoms that can impair a driver and endanger others on the roadways. These include:

So, having 2 or 3 or more energy drinks over a day can produce these symptoms and affect your judgment and driving.  Though the law cannot penalize you as if you were convicted of a driving under the influence of intoxicating liquor, it is warning sign that the driver was driving negligently.

If you were injured by an impaired driver, or one who suffered symptoms that caused the motorist to drive negligently, consider the number of energy drinks the driver drank that day or in the hours before the accident.  Discovery in a serious injury crash case in Massachusetts would involve what the driver had eaten and drank, including any and all energy drinks, prior to the accident.

It is not unreasonable to consider bringing the energy drink manufacturer in as a defendant in a serious car accident or wrongful death.

Attorney Neil Burns has 30 years of experience in litigating personal injury claims.  If you or a loved one was injured by someone who was hyped up on caffeine and thus driving negligently, he will get to the bottom of it, undertake significant discovery to determine that the other driver was negligent, and be able to resolve your case.  Call for a free consultation.