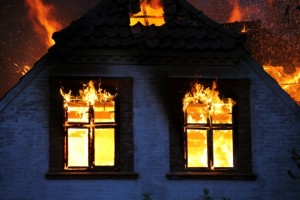 Home fires account for an inordinate number of catastrophic injuries.  There are over a million fires occurring per year that affect persons in all kinds of circumstances from home mishaps, campfires, cars, boats, fireworks and others.

In a 2015 study of the past 10 years, it was shown that there has been an average of 2,470 deaths annually from home fires and around 12,000 injuries.  Injuries and death from a fire injury often occur in the following home areas:

Around 60% of deaths from fires in the home occur because a smoke detector was absent or was not operating because the batteries had worn out or the device was simply not functioning.

Injuries from burns are especially painful.   Skin grafts are a common surgical treatment where skin from another area of the body is transferred to the burn area.  In some cases, physicians turn to skin banks as a temporary covering to guard against infections, minimize pain and allow the tissues to heal. Dermabrasion is another procedure in which the skin surface is resurfaced through surgical scraping.

Depending on the degree of the burns, the pain can be intense requiring strong pain medications. Thermal burns can cause intense pain and doctors usually prescribe analgesics like morphine.

Permanent disfigurement is a common casualty that can cause extreme distress and embarrassment. Smoke inhalation can lead to permanent lung damage. Toxic substances often burn in home fires including those contained in wool, silk, plastics, polyurethane, rubber and paper products. The result is respiratory arrest and cardiovascular complications and death.

Electrocution burns are often accompanied by brain injuries leading to severe cognitive problems. The life span of severely injured burn victims is lessened as is the quality of life. 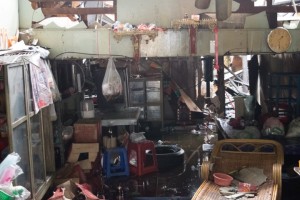 Apartment managers and owners are responsible for installing smoke detectors and ensuring their functionality. Broilers, ovens and stoves must be maintained and serviced. Contractors who install faulty wiring or do not service or install appliances correctly can be held liable as well.

Tenants in other units may fail to use commonsense and grill indoors or become intoxicated while cooking and ignore what they are doing with the resultant fire spreading throughout the dwelling. If an appliance is found to be defective in design or manufacture, the entities responsible for these items can be held at fault. If a fatality occurs, then you may have a wrongful death from a fire.

Children and the elderly are the most vulnerable to home fires.  The most vital factor in preventing injuries from wrongful death from a fire or a fire injury is to install smoke detectors and ensure they are functioning.  At the minimum, these should be in every bedroom, level and hallways and tested periodically.

Another measure is to have a fire escape plan and to practice escapes so that everyone knows what to do and which exit to take if a fire breaks out.  If there are young children, be aware of what to do to get them out safely and that they know the exit to take.  Everyone should be instructed to leave personal possessions behind.  Too often, a person who could have escaped a fire delayed escape or decided to return to retrieve a possession and succumbed to smoke or became trapped.

Other measures include knowing how to use a fire extinguisher, what to do if clothes catch fire and keeping smoking materials locked up.  Before you to sleep, make sure all burners are off and do not leave space heaters on all night.

To help facilitate prevention education, 229 fire departments in Massachusetts have received public fire education grants of which 212 are getting a SENIOR safe education grant.  Teachers in public schools will use the funds to instruct children on fire prevention measures.  Seniors will also be shown what they can do to minimize the chances of starting a fire as well as what to do if they are caught in a fire scenario.  In the 21 years since the fire prevention education or SAFE program began in Massachusetts, the number of children who die in fires each year has dropped by 70%.

Damages in a Fire Injury or Death

Damages can be substantial in a fire injury since burn injuries can be extremely painful and necessitate extensive and complex surgical procedures. Damages may include:

For a fatality that occurred in Massachusetts, the administrator for the decedent’s estate brings a wrongful death claim on behalf of the decedent’s immediate family members. Damages typically include:

Attorney Neil Burns has Experience in Burn Cases Since 1985

Fire injury or death claims can involve complex issues of liability and proof. If you or a loved one was injured or killed in a house fire, contact personal injury lawyer Neil Burns to discuss your legal options.