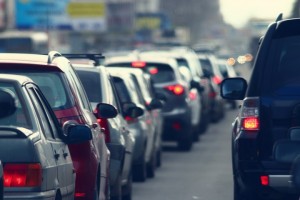 Ed Davis, a former Boston police chief, recently offered strong criticisms of the taxi services his office monitored during his relatively brief tenure.  Davis, who served as the city’s police commissioner from 2006 to 2013, relayed the statements shortly after his appointment to Uber’s new safety advisory board. Uber is the leading company in the ride-hailing industry where people with its app on their smartphones can request a ride and have their fare automatically paid with credit card information already input.

His comments were not well received by representatives of the Boston taxi industry who wondered why their former chief was sounding critical of his own stint while in charge of the Boston Police Hackney Division, which inspects cabs as well as manages and handles complaints and disputes within the city’s taxi services.  Davis told reporters that taxis do little to accommodate riders while Uber is constantly looking for ways to improve the service, safety and comfort of its passengers.  He also said the taxi industry wants to maintain its monopolistic view of the business that is detrimental to customers.

Uber has been roundly criticized for its lax background checks and application standards that enable nearly anyone with a relatively recent car and smartphone to apply for and be driving for the service shortly thereafter.  A number of well-publicized assaults on passengers by Uber drivers have caused concern among consumers and states and have led to lawsuits against the company.  The issue of insurance coverage in case of an accident or injury has been another issue.

Pedestrians should also be wary of Ubers and taxis that can be seen darting in and out of traffic to pick up fares or speeding in an effort to pick up a ride request. Also, many of these drivers have been on the road for hours with fatigue a major factor in an Uber accident or one involving a cab.

At a contentious meeting recently at the Massachusetts State House, the governor and a member of the house offered competing bills on regulating the ride-share, or ride-hailing industry, which consists primarily of Uber and Lyft, by requiring background checks and in one bill, fingerprints, which is not required of cab and limo drivers.  The governor’s bill would also require ride-share drivers to possess $1 million in personal coverage for their vehicles that are used for both personal and commercial use.  The higher amount would kick in when the driver’s app is activated and when passengers are aboard.  Uber representatives said that this measure would be extremely costly to its drivers and dissuade many from driving for the service.  Further, it is duplicative of the coverage already offered by Uber when its app is on and the driver is actively seeking passenger requests.

Another criticism leveled at Uber by the governor was that people often mistake his own black SUV for an Uber.  But the drivers do have distinctive “U” logos displayed on their windshields so passengers can readily identify it as an Uber Vehicle.  Lyft also has a prominent pink moustache that is clearly visible.

Additionally, a number of insurance companies already offer policies that allow Uber or Lyft drivers to be insured with them until the driver accepts a fare at which time Uber’s own $1 million policy would apply and would continue until the passenger is dropped off.

Uninsured and Underinsured Coverage is Essential

If you were injured by a cab driver, recovering compensation from the cab company can be a highly complicated and frustrating experience in Massachusetts.  Taxi companies are required to carry only the state’s minimal coverages of $20,000/$40,000 (or be self-insured which makes it more complicated).  These businesses are adept at hiding their assets or in forcing injured victims to wade through layers of subsidiary companies in order to frustrate them into giving up.  Other cab companies will force you to look to the driver’s personal coverage, which the driver may or may not possess.  In these cases, you will need an experienced Massachusetts taxi cab lawyer to assess the situation and advise you on your options.  Attorney Neil Burns has this experience as he has represented victims of taxi cab injuries for over 30 years.

In any case, many victims end up with little or no compensation regardless of the severity of their injuries or the obvious liability of the taxi driver or cab companies.  For those injured in an Uber accident or by a Lyft driver or if a pedestrian has been injured by one, they may face similar obstacles in establishing which policy is primary depending on whether the driver’s app was on. If it is the driver’s personal policy, coverage may again be minimal or nonexistent.

Having uninsured (UM) and underinsured (UIM) coverage of at least $100,000, if not $250,000, will ensure that you are compensated to some degree if you suffer a permanent or other serious injury requiring extensive hospitalization or care. UM coverage will apply if the cab company’s insurer refuses coverage or if the cab driver is uninsured and UIM if the driver has minimal coverage.  Similar issues apply to Uber accidents.

Damages in an Uber Accident

Your Uber lawyer should be aware of the coverage issues and the amounts available as well as being experienced in handling your injury case.  As the injured claimant or plaintiff, you are responsible for proving liability, the nature and extent of your injuries and your damages.  A highly experienced Uber lawyer can establish liability, determine which policy is applicable, obtain documentation to support your damages and negotiate a settlement.  If UM or UIM coverage is applicable, your Uber lawyer should be able to follow the litigation and arbitration process to get you the compensation you deserve.

Damages in an Uber accident include:

Boston Uber lawyer Neil Burns has been handling insurance coverage issues and injury accident claims for 30 years, including accidents involving taxis and Ubers. Contact his office for a free, in-depth analysis of your injury claim.