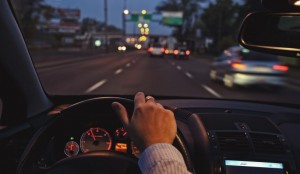 Every 3 years the Southeastern Regional Planning and Economic Development District (SRPEDD) releases a survey of the 100 most dangerous intersections in southeastern Massachusetts.  The last one covered the period from 2010 to 2012 so the newest rankings will be published soon after all relevant statistics are gathered and compiled.

The “winner” among the 27 communities surveyed was the intersection of Plymouth Avenue and Rodman Street in Fall River with 109 total crashes during this period.  It should be pointed out that improvements have been made at this location and were completed this year.  It will be important to see where this hot spot ranks when the newer survey comes out.

Fall River roadways appear to be particularly treacherous since 13 of its streets and intersections appear in the top 50.  Consult a Fall River lawyer if you were injured in a car accident there.

The SRPEDD rankings are based not only on the number of crashes but also takes into account property damage only accidents, injuries and fatalities.  Other indicators that were studied included pedestrian incidents, bicycle and road departure crashes.  These studies are designed to alert communities and motorists to certain hot spots throughout the state and to promote changes in these areas. It is also to warn motorists to use particular caution at these spots.

Any number of reasons exist for why a particular location is more precarious than others.  It may be from a lack of adequate signage, the peculiarities of the roadway design, lack of maintenance, curves in the roadway, volume of foot and motor traffic, poor lighting or proximity to bars and restaurants.

The hot spots were given points based on whether the accidents were property only accidents or involved injuries and fatalities.  Regarding fatal injuries over the 2010 to 2012 period, 39% occurred at mid-block crossings, 32% were on the interstates and state numbered routes, 25% at intersections and 4% at interchanges.

One aspect that has not helped reduce fatalities and serious injuries is the Massachusetts legislature and its reluctance to make the failure to wear seat belts a primary violation.  This means that police may not simply stop and ticket a motorist for not wearing a seat belt absent stopping the vehicle for a different traffic violation.  Studies consistently show that wearing seat belts substantially reduces the incidence of serious accidents and fatalities.  Massachusetts motorists are among the lowest seat belt users in the nation.

For any of these hot spot areas, a car accident lawyer may wish to review these rankings to determine if defective highway design was a contributing factor to an injury or fatal car accident.

After the intersection of Plymouth and Rodman in Fall River, the next 4 most dangerous roadways were in descending order:

Although the severity of accidents in the SRPEDD communities has decreased, pedestrian accidents were on the rise since the last rankings were published, showing a 34% increase in pedestrian crashes.  Many were at non-signalized intersections.  The higher incidence may also be attributable to the increase in distracted driving from cell phone use, improper markings on the roadway, improper signage or the lack of crosswalks.

Fall River was included in 5 of the 9 top most dangerous intersections involving pedestrian crashes.  New Bedford had 3 and Taunton had one in these rankings. Consult New Bedford lawyer Neil Burns if you or a loved one was injured in a pedestrian accident in these or any other location.

Damages in a Massachusetts Car Accident

Raynham accident lawyer Neil Burns can obtain compensation for you or a loved one injured in any of these communities. Typical damages in a car accident injury case include:

In a wrongful death action, the administrator of the decedent’s estate brings the action on behalf of the immediate family only. Damages may include:

Taunton lawyer Neil Burns represents clients from these SRPEDD communities in an injury or fatal accident. He is a personal injury lawyer from Boston who has been representing accident victims since 1985.  Call Neil Burns today for a free evaluation of your accident claim.