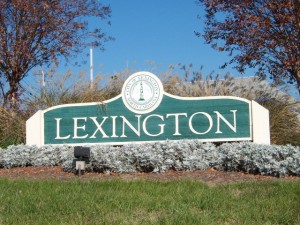 Bicycles seem to be everywhere these days. Cities and towns have been promoting recreational and more commuter use of bicycles due to health consciousness and traffic congestion by reconfiguring roadways to accommodate bicycles and by including dedicated bike lanes.  Old railroad lines have been fashioned into bike paths or new paths have been carved out in suburban areas and parks.  Lexington, Massachusetts is blessed with 14 bicycle routes with 82 miles of bicycle pathways with some connecting to middle schools and others with the Minuteman National Historical Park.

But with increasing bicycle use comes the hazards of mixing bicycles with cars and trucks that can prove deadly in some instances or lead to catastrophic injuries for the bicyclist who is protected solely by a helmet.  In 2012, the Bay State experienced 15 bike-related deaths and 131 accidents where riders suffered serious or incapacitating injuries.

Morning or afternoon commutes pose particular problems for bicyclists since the roadways are congested and motorists are often rushed to get to work.  Studies actually show that Monday is the deadliest day of the week, not surprising since few people enjoy the first day of work after a weekend or who may still be recovering from too much activity or revelry.  August and September are the months that shared the most fatalities with 6 each.

Riding side-by-side with sleepy, fatigued or distracted motorists, many of whom resent sharing the road with bicycles, is a chronic problem.  Motorists have to be aware that they are not permitted to drive in bike lanes, if present, unless making a turn and even then have to use caution.  If they make an abrupt right turn across a bike lane that cuts off a bicyclist, they can be cited for this act alone, regardless if a collision occurs. 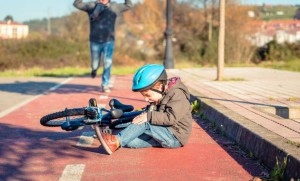 Although Lexington does not have a history of a high number of accidents involving bicycles, car accidents in general occur often.  Over a 3-year period from 2011 to 2013, the town experienced 1,694 auto collisions with 49 occurring at 4 particular intersections that meet Massachusetts Avenue—Maple, Woburn, Marrett and Pleasant in Lexington.  Although only a handful of these accidents involved bicycles, even one is still too many if it led to a death or debilitating injury.

Having traffic signals at any of the noted Lexington intersections was not really a factor in reducing the number of accidents as 5 of the 10 intersections were signalized.  Speed is often a cause of accidents involving bicycles and cars.  Other causes are:

Bicycles are not always easy to spot and many motorists are unaware of their presence even when there are dedicated bike lanes on the roadway.  If a motorist sees a bike lane adjoining the road, then the driver should look for riders first before making a turn or pulling over to park or to wait for a passenger.  If they fail to do so, their actions can be considered negligent if a collision occurs.

Liability in a Bicycle Accident

Proving liability in a bike accident can be difficult at times.  A bike accident lawyer can review the facts of your accident, the accident collision report, weather and the design of the roadway to determine the fault of the motorist.  Witness statements from neutral parties can be determinative in some cases but conflicting or not credible in others.  Increasingly, businesses use surveillance cameras to guard against theft but they can be useful in car and bicycle accidents if they videotaped the incident; those videos must be sought and retained.  If the intersection has a red light camera, this may also provide definitive proof of liability.  Your Lexington bike accident lawyer can survey businesses in the area to see if they had cameras operating on the day of the accident.

Damages in a Bicycle Accident

A large number of injuries sustained by bicycle riders who have collided with cars or trucks are serious, catastrophic or fatal.  Although all bicycles riders who are 16 and under are required to wear proper bike helmets, this should be a routine part of anyone’s equipment though it will not protect the rest of the body.  In a violent collision a bicyclist risks traumatic brain injuries along with broken limbs, spinal cord injuries, facial fractures, internal organ injuries and disfigurement.

You are, however, entitled to compensation from a driver who was negligent in causing your injuries. Your damages may include:

Neil Burns is a Lexington bike accident lawyer who has handled numerous injury accidents in the Lexington and Greater Boston area for 30 years.  His knowledge of the area and the court system, of personal injury and insurance law and of bicycles in general as well as his litigation skills have served his clients well. Contact him today for a free discussion of your legal options regarding your accident claim.