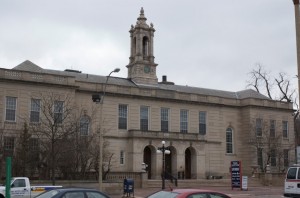 Pedestrian safety is always a concern in any major urban, suburban or rural area.  Pedestrians are at the mercy of motorists who have a duty to maintain proper lookouts and to use caution when approaching or entering intersections or while in residential areas.  Some cities and towns are taking proactive measures to reduce the risks to pedestrians through education, road design and community involvement.

In Arlington, Massachusetts, a community of over 42,000, community and state representatives and leaders recently met for a ceremony at the corner of Massachusetts Avenue and Grafton Street to commemorate the completion of the Massachusetts Avenue Reconstruction Project. The $6.4 million MassDot project now accommodates bicycle traffic and enhances pedestrian safety with new crosswalks, bright crosswalk markings and upgrades to traffic signals.  New sidewalks have been built as well.  Some trees that were obstructing views and causing a hazard were removed and video cameras have been or will be installed.  Additional crosswalk signage at unsignalized intersections are in place and travel lanes have been reduced from 4 to 3 so as to reduce vehicular speeds.  Pedestrians and bikers are rewarded in this redesign.

Pedestrian Deaths are on the Rise

Although traffic fatalities in general are down in recent years, the same cannot be said for pedestrian incidents.  According to the Governor’s Highway Safety Association, there has been a 15% increase nationally in pedestrian deaths from 2009 to 2013.  This translates into one pedestrian death every 2 hours. 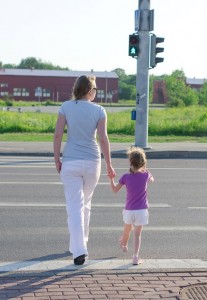 Observers point to distracted driving, intoxication, poor roadway design and speeding as major factors.  Ensuring that drivers obey posted speed limits is essential in cutting down on many accidents.  The MassDot project has tried to address that problem with the lane reductions, installation of cameras, traffic signals and new crosswalks.

Education, environmental protections and community involvement are other ways to increase pedestrian safety.  Children should be accompanied by adults when crossing streets and taught to look both ways and to get the attention of a motorist before crossing.  In some communities, parents have organized groups that accompany children walking on their way to and from school and employ crossing guards during school hours.  Environmental protections include the installation of speed bumps that studies show significantly reduce accidents and fatalities.  The addition of bicycle lanes, flashing lights on crosswalks and well-lit streets improve safety as well.

Neil Burns is an Arlington lawyer who has represented thousands of accident victims in his 30 years of practice including those who have suffered car accident, pedestrian and any other injuries in Arlington and the surrounding communities.

Pedestrian, car and other personal injury accidents often involve complicated issues of liability and damages and are met by skeptical and aggressive insurance adjusters who often blame the victims for their own injuries or who doubt the nature and extent of their injuries.  Pedestrian and bike accident victims are especially vulnerable to mistreatment by adjusters because police reports often only indicate the “driver’s” perspective.  Arlington lawyer Neil Burns has used his investigative and negotiating skills in many of these cases to conclusively prove liability by motorists.  His efforts in many of these cases has led to additional compensation from insurance companies and municipalities by demonstrating obstruction issues, faulty road design or inadequate signage that contributed to the accident and were known to the city or state before the accident.

Witness statements and the availability of cameras from traffic signals or adjoining businesses can also provide conclusive evidence of negligent conduct by a motorist who was speeding or otherwise not paying attention to the roadway.

Arlington lawyer Neil Burns can help prove your damages by obtaining medical, employment and school records and by asking the right questions of a medical provider whose opinion can strongly influence the amount of compensation your injuries deserve. Damages in a pedestrian injury case include:

If a fatal injury, the decedent’s estate administrator, with the assistance of Arlington personal injury lawyer Neil Burns, can bring a wrongful death action against the responsible motorist and/or municipality, on behalf of the immediate family members for:

Be sure to contact Arlington personal injury lawyer Neil Burns for a free, in-depth analysis of your injury or death claim.   Call 617-227-7423.