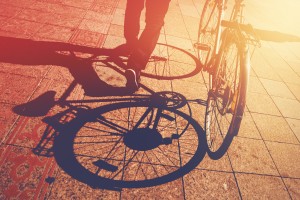 Over the years, Boston’s streets have been treacherous for bicycle riders despite recent efforts to make safer certain areas and intersections in the city known for numerous accidents and fatalities involving bicyclists.  Just recently, a tragic incident occurred in August 2015 at the intersection of Beacon Street and Massachusetts Avenue in Boston where a beloved local endocrinologist was struck and killed by a tractor-trailer.  The truck driver turned too abruptly and the trailer struck the bike rider causing a wrongful death.  The intersection had been criticized by bike advocates as particularly hazardous and has been the scene of frequent bike accidents.

According to city statistics, Boston bicyclists suffer about 520 bicycle accidents each year including 8 or 9 fatalities, though many minor accidents are probably not reported.  The city is considered more dangerous than other municipalities of similar size though officials note that Boston is lately becoming safer for bicyclists.  One factor is that there are more bicyclists using the streets, which perhaps increases safety by making motorists more aware of their presence.

Bicyclists are naturally more vulnerable to injuries since they have little protection other than a helmet. State and city laws do require bicyclists to have lights and reflectors when riding at night but motorists continue to drive negligently and cause bike accidents, injuries and fatalities.

Bicyclists have the right to use city streets.  Bicycle lanes do offer a measure of safety but motorists often ignore them and fail to account for bicyclists who ride in the lanes when drivers are making turns or when entering them before a turn. Other accidents occur when a parked motorist opens a car door without first checking for passing bicyclists.

Motorists have a duty to be cautious and to maintain a lookout for other motorists, pedestrians and or to operate a car with the same degree of care as a reasonably cautious driver. This duty of care extends of course to bike riders and should be even more apparent since bicyclists are becoming more ubiquitous and cities are encouraging bike riding for commuters by building bike lanes.

Bicycle injuries run the gamut from bruises to serious and catastrophic injuries such as:

As an injured victim, you can bring a claim against the driver who caused your injury.  You can use the policy covering your automobile if you have uninsured and underinsured coverage if you are in an accident with a car that fled the scene or if the other motorist was uninsured or had low liability limits.  If you do not have a car but another member of your household does, you may be able to use that coverage for yourself.  The PIP or Personal Injury Protection benefits are also applicable to you since Massachusetts is a no-fault state.  Consult with bike lawyer Neil Burns about the applicable coverage for your bike accident.

Damages in a Bicycle Accident Claim

You are entitled to compensation for your injuries if the accident was caused by a negligent motorist. Your damages include:

If a fatality occurred, the administrator for the decedent’s estate can bring a wrongful death action on behalf of the immediate family members. Damages would include:

Your bicycle injury claim demands the experience and skills of a seasoned bike lawyer like Neil Burns who has successfully handle bicycle injury claims in the city of Boston and throughout the surrounding communities for over 30 years. Get the compensation your case deserves by calling his office today for an in-depth analysis of your injury claim.