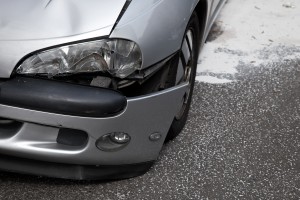 Insurance fraud is a common criminal offense. Car accident attorneys are often the last to know about the fraud. Perpetrators include individuals and health care providers and facilities that overbill insurers for treatments or submit claims for services that were never rendered. Car accident insurance fraud is another offense that can be unintentional or intentional. If intentional, there may be multiple parties involved with serious criminal penalties.

Car insurance fraud occurs rather frequently. This was underscored recently when insurance fraud investigators arrested five people in Lawrence, Massachusetts who had alleged their vehicles were damaged in hit and run accidents. In one case, a defendant also alleged her car had been stolen. Experts who examined the vehicles confirmed that the property damages contradicted the defendants’ stories, leading to their arrests.

In another Lawrence case involving fraudulent insurance claims, a jury convicted three men of insurance fraud in a scam that involved staged accidents and fraudulent chiropractic treatment and billing. The convicted men included the chiropractor who had treated the allegedly injured victims and the attorney who submitted the claims for payment. The prosecution’s case was bolstered by testimony from one of the scam artists who agreed to testify against the other three defendants. All were found complicit in the scam and face additional conspiracy charges that could land them in jail for several years.

Investigators and prosecutors in these cases usually advise the media that insurance fraud affects everyone with higher premiums. While many claims are relatively minor, it is the cost of investigation and prosecution that causes the most expense and which are then passed on to the consumers.

Other Types of Car Insurance Fraud

Not all car insurance fraud is as insidious as the Lawrence cases. Many cases involve insurers who may have unintentionally omitted a family member under their policy and then submitted a claim for damages or injuries. Others may have failed to give complete information on how their car was used or that they moved to a different residence. To circumvent this, insurance experts advise consumers to meet a trusted agent in person to go over the policy so that all conditions are covered, exclusions explained and the necessary information obtained so that they are aware of situations where they can submit valid claims.

Other examples of insurance fraud that involve individual insurers are those who submit claims for property damage that occurred earlier or in a separate incident or who submit inflated claims for repair costs. Still others may have been involved in a legitimate accident but then purchased insurance afterward before submitting the false claim.

If you are the victim in a motor vehicle accident where the other party has committed insurance fraud, you may not be able to receive any compensation from the person who caused the accident. This is why underinsurance coverage on your own vehicle is critical.

If you are the perpetrator of the fraud, you may face criminal responsibility.
Experienced motor vehicle attorneys are often the last to learn of the fraud as they don’t have access to the vehicles, the claims history, and the expert opinions that the insurance companies have. Call An Experienced Personal Injury Lawyer.

If you are injured, call an experienced personal injury lawyer. Attorney Neil Burns has represented victims of personal injury since 1985. Call for a free consultation: 617-227-7423.