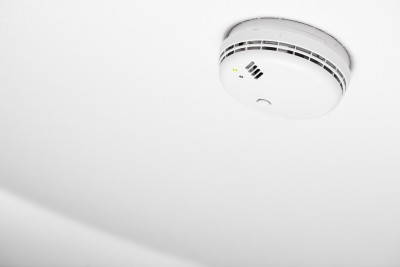 Few accidents in life are as tragic as that of young child killed by an event or conduct that was entirely preventable.  Recently, the life of an 11-year old North Carolina boy ended when carbon monoxide from a defective pool heater leaked into the motel room where the boy and his mother were staying.  Two other guests had been killed just a few months earlier while staying in the same motel room as a result of the leak.  The motel owner has been charged with criminal negligence.  Such negligence, unfortunately, may be just as likely in a Boston motel where old heaters are in use or in any residence or motor vehicle where fuels such as kerosene, gasoline or wood are burned.\

Unvented fireplaces and wood stoves can produce the deadly gas as can gas stoves, dryers, lawn mowers, furnaces, hot water heaters and snow blowers.  There are numerous cases where individuals have been rendered unconscious or even killed from leaking gas from lawn mowers, motor vehicle exhaust from siting in idling cars in the snow and cold, snow blowers and industrial machines.  In the Boston winters, residents are at greater risk from the increased use of home heating systems.

CO poisoning may not be as common as it once was in the US but it remains the number one killer in the world for deaths caused by poisoning.  In the US, there are about 400 to 500 deaths annually that are linked to carbon monoxide poisoning and 8,000 to 10,000 injuries, some seriously.  Exposure to the gas over time or more quickly if at high levels can result in hypoxia that can lead to brain damage, neurological difficulties, damage to the cardiovascular system and death. A level of 1,000 PPM at one hour places you at a high risk for coma or irreversible brain damage.

Symptoms of CO exposure and potential poisoning include:

As of 2005, Massachusetts law has required that all residences with fossil fuel burning equipment or which have enclosed parking areas be equipped with CO detectors.  The measure, known as Nicole’s Law, was passed following the carbon monoxide death of a child when furnace vents to her home were blocked from a heavy snow fall.  Each level of the residence must have the detector and that they be installed within 10 feet of any sleeping area and even in attic or basement areas considered habitable.

Landlords are statutorily obligated to conduct an annual inspection of the detectors and at the start of any rental period and to replace any if needed. Landlords as well as home owners can be held liable if renters or home guests suffer injuries or death because a monitor was not installed, was not working or was not properly maintained.

If you or a loved one suffered injuries from carbon monoxide poisoning that could have been prevented in the exercise of ordinary care by another, or because a landlord or owner failed to comply with state law regarding CO detectors, you may be entitled to compensation.

Your damages may include:

If a loved one died from exposure to CO, the decedent’s estate may bring a wrongful death claim for the immediate family members. Compensation may be awarded for:

Neil Burns has been representing injured clients throughout Massachusetts for 30 years.  His efforts have resulted in millions of dollars for those injured or killed by the negligence of others. If you have a carbon monoxide injury case, contact Mr. Burns to discuss the circumstances of the case and your legal options.