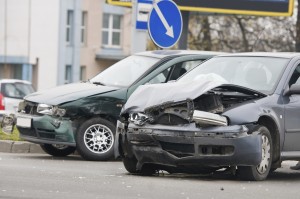 This past winter in Pepperell, Massachusetts, a 9-year old boy accidentally ran over his 12-year old brother while clearing snow on a Bobcat. The boy suffered multiple fractures to his legs but his injuries were not life threatening. Though you need a license to operate a Bobcat, which obviously a 9-year old would not possess, no charges were filed against the parents for allowing the fourth grader to drive the vehicle. In rural communities like Pepperell, it is not unusual for some youngsters to get their initial driving experience on a tractor or a Bobsled and accidents do happen because of their inexperience and youth.

The incident highlights a fact that in America there are millions of car accidents each year. Around 40,000 of these are fatal. Transportation injuries account for a substantial number of deaths worldwide as well but other major causes of death are falls, fires, drownings and poisonings. This is a curious fact that is ignored by the World Health Organization that focuses more on diseases than on preventable accidents since only heart disease and stroke cause more deaths than accidents.

But are Americans more accident prone than people in other countries? Car accident injuries and deaths are so common here because of the over 300 million cars in the US.  Rare is the adult here who does not have a driver’s license.  Alcohol and driving, though punished with penalties, account for nearly half of all car accident fatalities with most occurring on weekends and holidays when people resort to drinking to relax or celebrate.

Many of these are preventable.  More accidents occur in poorer communities but updated infrastructure, implementation and enforcement of safety regulations, and teaching people to swim have been shown to reduce accidental deaths but the same may not be said for driving.

There are too many people who lack sufficient driving skills and far too many who drink and drive or who drive while texting.  Despite concerted efforts to prevent intoxicated and distracted driving, the attraction to do so is apparently too great to reduce the incidence of deaths and serious accidents to negligible levels.  Perhaps the advent of the self-driven car will one day reduce car accidents to where it is viewed as a rarity.  But while we wait for that day to come, the number of car accident fatalities, which some observers liken to the number of people who would die if a major airline accident occurred each day of the year, will continue to plague us.

Car accident injury claims comprise the majority of all personal injury claims and lawsuits in America; Massachusetts, while safer than an average state, shares too many motor vehicle tragedies.  If you were injured in a car accident that was caused by the negligent conduct of another, you may be entitled to compensation for damages. Typical damages include:

If a loved one was killed, a wrongful death suit brought by the administrator of the decedent’s estate for the immediate family members could result in compensation for:

Look to a highly experienced personal injury lawyer like Neil Burns who has represented the injury claims of thousands of clients over his 30 years of practice for your injury claim. Be assured that all legal options for your case will be reviewed so that you will have the best opportunity to obtain the most compensation for your damages.