An accident or police report can be a vital tool in a personal injury accident claim since it contains information from what we assume is an unbiased source and from someone trained in investigating traffic accidents. Following a motor vehicle injury accident, the investigating officer on the scene will prepare the report that you can request from the reporting police department for a fee of around  $20. It typically takes from 2-4 weeks for the report to be prepared and sent to you. 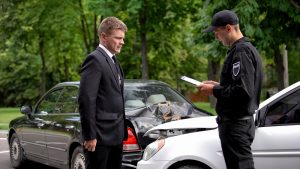 In most cases, these reports contain factual information that no one disputes. But occasionally, you will find factual errors as well as misstatements attributed to you as well as omissions and erroneous conclusions. If this is the case, then there are some measures you can take to dispute the report.

Traffic accident reports are typically on a form that most if not all police departments use. The information you can get from these reports are:

The report may not be used as evidence in a trial except possibly by the officer who drafted it to refresh his/her recollections of the accident. But it is used by insurance companies as an allegedly impartial account of what occurred and whose adjusters will use any adverse conclusions or assumptions from the report to deny your claim based on lack of liability by their insured or to minimize your claimed injuries and damages.

Errors in the report can also lead to such consequences as a citation for a traffic violation that can result in points on your driver’s license and increased insurance premiums. It is essential that you promptly take steps to correct any errors or erroneous assumptions to avoid this outcome and to preserve your claim for damages.

In addition, if you told the officer that you suffered a knee injury, were experiencing headaches, or a sore neck or back, and the officer omitted this from the report, an adjuster can claim that you were not injured in the accident or are now claiming phantom injuries for financial gain. This is one reason why you should either insist on an ambulance or at least not refuse medical attention at the scene.

Should the officer have made factual errors that you can easily remedy, then contact the officer and request to meet or to discuss the errors over the phone. For instance, errors may consist of:

In such cases, provide proper documentation to the officer and ask that an amended report be issued that you can then show your own insurer, the RMV, and the defendant’s insurer. For certain omissions or for the officer having reported the opposite of what you said, it may be more difficult to convince the officer that he or she failed to correctly hear or understand you.

If the defendant’s insurer is contacting you, asking for a statement from you, or has denied your claim based on the report, immediately contact a car accident attorney to handle your claim. Never give a statement to an adjuster or an investigator without your own attorney’s presence and guidance. In the majority of cases, the officer will be amenable to correcting factual errors.

Correcting an officer’s assumptions and conclusions about how the accident occurred and who is at fault can be more difficult. An officer might have solely relied on the defendant’s account of the accident or from a passenger in their vehicle who may be biased. You might have been unable to give your version of the accident due to injuries or because you left the scene in an ambulance before the officer was able to interview you.

If you have photographs from the accident scene or witness statements that you or your car accident attorney obtained that contradict the officer’s conclusions or assumptions, then these might persuade the officer to amend the report.

Should the officer refuse to amend the report, you should be allowed to file a supplemental statement to the report that your car accident attorney can help you prepare. If you have supporting photos or documents, these can either be attached to it or at least referred to in the report.

If you fail to take any steps to correct an erroneous report, a defendant’s insurer or a defense lawyer could argue that you had the opportunity to correct the report when it was received but your failure to do so could be construed as an acceptance of its contents.

Amending an erroneous police report or supplementing it with the correct version of events can be vital to presenting a credible claim for personal injury damages. Police officers, like the rest of us, do make errors and are not adverse to making corrections or at least allowing you to submit your own statement. If you feel your accident report contains errors, immediately contact a car accident attorney at Burns and Jain. We can analyze your case and its potential, and properly advise you on a course of action. Call us at (617) 227-7423 for a free consultation.