As part of a 5-year comprehensive $20 million program from the Baker-Polito administration, the City of Worcester, Massachusetts recently received a $250,000 grant to equip their officers with body cameras. Other cities across the commonwealth that have received similar funding include Ashburnham, Brookfield, East Brookfield, Grafton, Lancaster, Ware, Rutland, Warren, and 56 other jurisdictions. 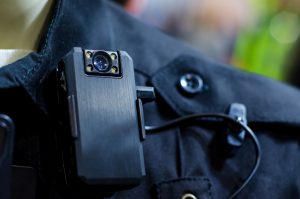 The funds will go towards supplying 2,859 cameras bringing the total number of Massachusetts police officers with body cameras to 3,634. Police cruisers will also receive cameras for their dashboards. Body cameras are part of an overall strategy to gain community trust in policing and enforcement and provide a means of visibility and accountability that many critics of policing have seen lacking in many agencies.

To date, only about 10% of police departments in Massachusetts have a body camera program. However, about 75% of departments have expressed an interest in equipping their officers with these devices. When applying for a grant, municipalities must provide a thorough deployment plan detailing how they will phase in the technology and how the body cam program will enhance its mission. Presumably, the mission is to enhance public relations and the reputation of police as unbiased enforcers of the law.

A number of high-profile incidents across the nation have been captured on police cameras where officers have been charged with using excessive force. Police are typically expected to turn on their cameras whenever they interact with the public during a traffic stop or other encounter. In some cases, cities have been reluctant to release footage that portrayed their officers in a negative light. In other cases, officers neglected to turn on their cameras so that investigators are left with contradictory accounts by police and defendants.

Camera As A Safety Measure

Cameras are expected to provide an unbiased, objective view of a particular interaction. By officers being aware that their actions and approach toward someone is being filmed and with audio in most cases, it is expected that they will act with more respect or tolerance toward the public and reduce incidents of alleged police overreach.

Cameras can also provide valuable information and evidence in civil actions such as car accidents by providing:

Cameras can also serve as training tools for officers who can observe officers in the field and how they handle tense situations. Officers who are accused of misconduct or brutality can point to video evidence of the interaction if they did indeed act with restraint and followed departmental policies.

Proving damages is an essential element in any car accident injury claim. Video evidence from police dash cams and body cameras at the scene of an accident can be used by a car accident attorney to show the extent of a claimant’s injuries as well as the emotional trauma that can persuade a skeptical insurer to increase a settlement offer.

At Burns and Jain, we pride ourselves on providing the best possible representation in an injury claim. With decades of experience in handling car accident injury claims, you can be assured of having the best opportunity in obtaining a satisfactory settlement. Call us today at (617) 227-7423 for a free consultation about your injury or wrongful death claim.