Massachusetts was one of the first states to legalize adult use of cannabis and as a result, our state has reaped millions of dollars in tax revenue from marijuana sales. When legalization was being adopted back in 2016, some legislators and highway safety proponents were concerned about an increase in drugged and impaired driving since the drunk driving laws were not equipped to deal with persons accused of driving under the influence of marijuana. 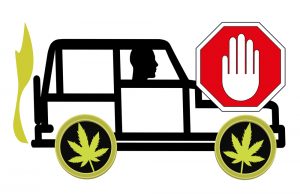 Lately, though, the governor and lawmakers are promoting the Trooper Thomas Clardy Law, a bill named after an officer who was killed by a motorist who was under the influence of cannabis, that would update some of the DUI laws to address drugged driving. For example, the bill would include:

It has been shown that ingesting or smoking marijuana significantly affects driving reaction time and can lead to poor judgement. Per reports from the Massachusetts Department of Transportation, the number of fatal car accidents where drugs were involved increased dramatically from 58 between 2015 And 2017, to 202 between 2018 and 2021. Although the effects of the pandemic on traffic patterns and congestion is largely to blame, there is no doubt that impaired driving from drug use also increased substantially during this period.

Further, the National Highway Traffic Safety Administration reported that during the pandemic, nearly two-thirds of serious or fatal traffic accidents were tied to drugged motorists who tested positive for at least one psychotropic drug.

Unlike alcohol, THC, the psychotropic substance found in marijuana, can remain in your system for up to 30-days, though its influence generally wanes after a few hours. In addition, some lawmakers worry that the updated law may lead to racial profiling of African-American or other motorists who are non-white and result in more detained stops for those demographic.

Counties should be monitoring detentions and arrests and collecting data on race and gender to determine if racial or gender profiling is occurring. As for a percentage of THC where a court can presume impairment, a number of states have already mandated that certain levels or percentages of THC in someone’s blood are legally indicative of impairment, though defense experts can opine that people build tolerance levels, and that not everyone is impaired at that level and can drive unimpaired. The current science is such that it cannot assert to a reasonable degree of scientific certainty that a person is under the influence if a certain percentage of a drug is in your system.

The use of body cameras on officers, a practice that is increasingly becoming standard in many police departments, can visually document an officer’s encounter with a motorist suspected of drunken or drugged driving that in conjunction with the HST and other field sobriety tests can probably be more accurate in assessing a person’s appearance, at least, of being under the influence.

Although evidence that a defendant motorist was under the influence in not definitive proof of liability in a car accident, it can be persuasive if liability is an issue and there are conflicting versions of an accident scenario.

At the Law Office of Burns and Jain, you can retain a highly experienced motor vehicle accident attorney who represents persons injured or family members killed by drunk and drugged drivers.

Damages in any personal injury case vary greatly and depend on the nature and extent of your injuries, and how the accident has affected your quality of life or changed it if a loved one was killed. Damages can include:

In a wrongful death claim, damages can include:

Damages are an essential element of any injury case that only an experienced and seasoned motor vehicle accident attorney can competently demonstrate and prove.

Our attorneys have been representing the rights of injured clients and their families throughout the commonwealth for decades and have obtained millions of dollars in compensation for our clients. Let us handle your injury or wrongful death claim so that you can have the best opportunity for a satisfactory resolution. Call us at (617) 227-7423 for a free consultation about your claim.